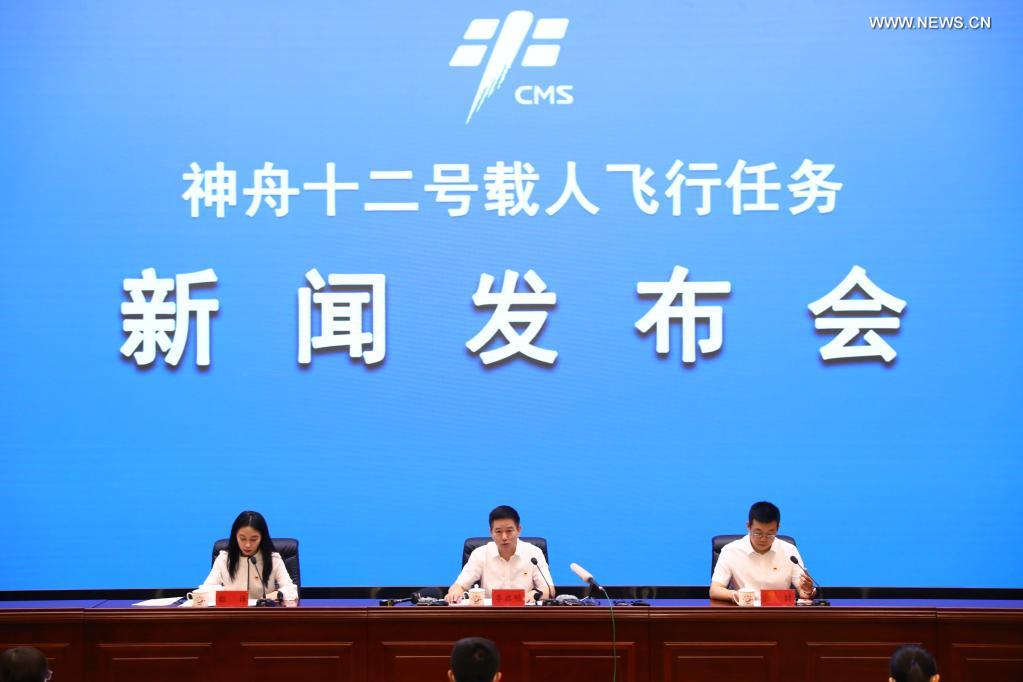 A press conference on the Shenzhou-12 manned spaceflight mission is held at the Jiuquan Satellite Launch Center in northwest China on June 16, 2021. (Photo: Xinhua)

The technologies to be tested include those concerning the astronauts' long-term stay and health care, recycling and life support system, supply of space materials, extravehicular activities and operations, as well as in-orbit maintenance, said Ji Qiming, assistant to the director of the CMSA, at a press conference.

The Shenzhou-12 manned spaceship, with three astronauts aboard, is expected to be launched on Thursday morning from the Jiuquan Satellite Launch Center in northwest China, Ji said.

After entering orbit, the spaceship will dock with the in-orbit space station core module Tianhe, forming a complex with Tianhe and the cargo craft Tianzhou-2. The astronauts will be stationed in the core module and remain in orbit for three months.

Assisted by the mechanical arm, astronauts will carry out extravehicular activities for a relatively long time for operations including equipment installation and maintenance, Ji said.

The space-Earth transport system for manned space missions will be tested further as part of the mission, he added.

The improved Long March-2F carrier rocket has higher reliability and safety, while the Shenzhou-12 manned spaceship is upgraded from previous versions with new capabilities such as fast autonomous rendezvous and docking, rendezvous and docking in radial direction as well as in-orbit docking for up to 180 days, he said.

The mission will carry out multi-field space applications and experiments, and for the first time examine the astronaut research and rescue capabilities at the Dongfeng landing site in north China's Inner Mongolia Autonomous Region, Ji said. 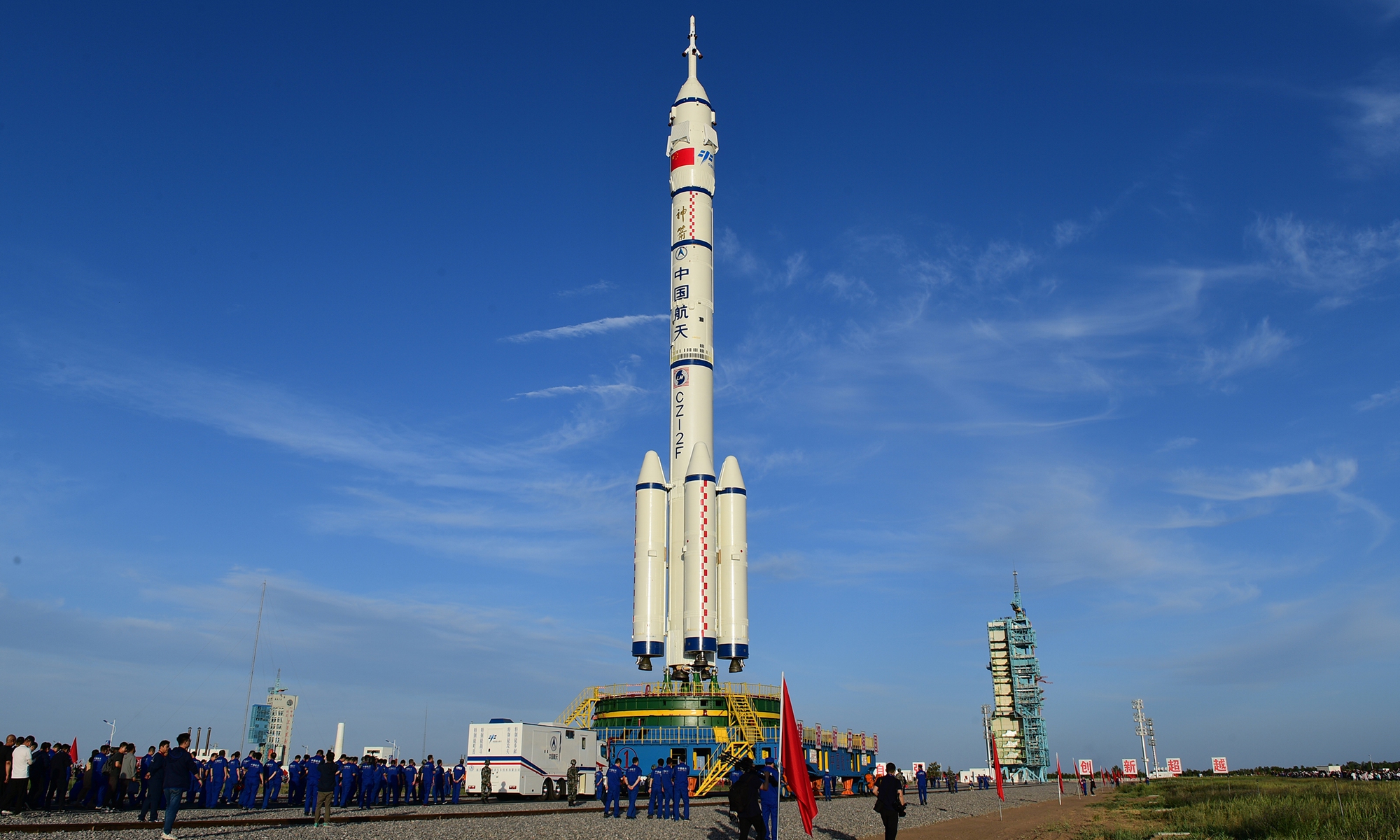 This will be the first manned mission during the construction of China's space station.

The space station in low-Earth orbit can carry out large-scale space science and technology experiments with astronauts involved, which can greatly promote the development of space technology and enable technological innovation in related fields, Ji said.

The construction and operation of China's space station will also help reserve technologies and accumulate experience for mankind's deep space exploration, he said.

Though China is a relatively latecomer in this field, its space station has complete functions, advanced technologies and a moderate scale.

It also has some outstanding advantages in terms of reliability and safety, habitability, comprehensive efficacy, compatibility, cost-efficiency as well as the information, energy and power technologies, Ji said.

The operation of China's space station will be a great contribution to the human exploration of the universe, peaceful use of outer space and the building of a community with a shared future for humanity, he added.