JIUQUAN, Oct. 14 (Xinhua) - The upcoming Shenzhou-13 crewed space mission will include two or three extravehicular activities, installation of important devices for mechanical arms as well as various sci-tech experiments and applications, according to the China Manned Space Agency (CMSA) on Thursday. 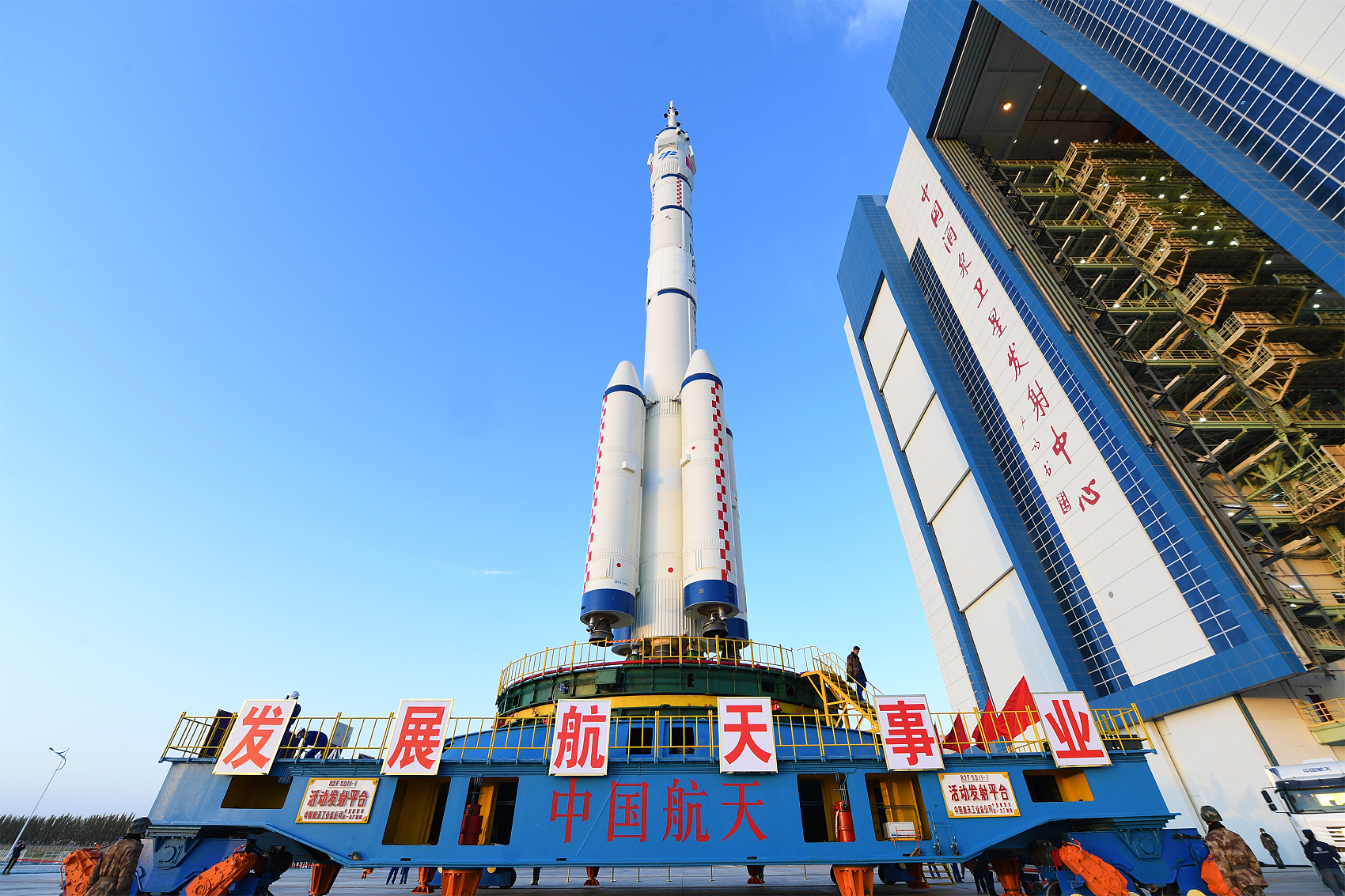 One of the main objectives of the mission is to test key technologies for assembly and construction of China's space station, such as module transfer supported by the robotic arm and manual remote operation, said Lin Xiqiang, deputy director of the CMSA, at a press conference held at the Jiuquan Satellite Launch Center.

The astronauts will perform two or three extravehicular activities during the mission to install the dual-arm connector, the device to link the big and small mechanical arms, as well as suspension device, Lin said.

The mission will further verify the health, living and working support technologies for astronauts' six-month stay in orbit, he said.

The astronauts will also carry out sci-tech experiments and applications in fields such as space medicine and micro-gravity physics, as well as diversified public science education activities, he said.

The mission will achieve a comprehensive assessment of the functional performance of various project systems for carrying out space station tasks and the compatibility between systems, he added.

The Shenzhou-13 crewed spaceship will be launched at 12:23 a.m. Saturday (Beijing Time) from the Jiuquan Satellite Launch Center in northwest China.