The number of Internet users in China hit 829 million at the end of December, according to a report from the China Internet Network Information Center (CNNIC). 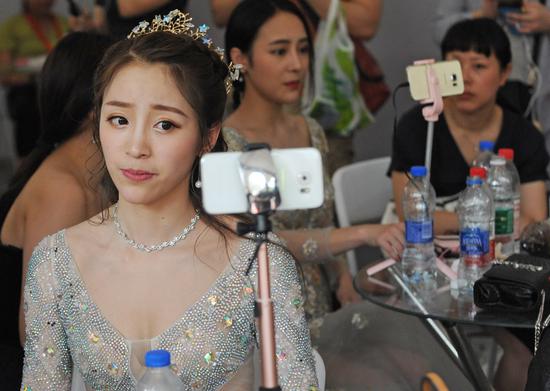 An online celebrity reacts for her followers via a livestreaming app in Wuhan, capital of Hubei province. (Photo: China Daily)

The increase brought the country's Internet availability rate to 59.6 percent, with 26.7 percent of Internet users or 222 million living in rural areas, a year-on-year growth of 6.2 percent.

The number of users of ride-hailing services jumped by 40.9 percent year on year, followed by 29.7 percent of user growth in online educational services and double-digit rises in sectors including online food delivery, assets management and spending.

Online shoppers numbered 610 million, up 14.4 percent, and about 592 million shopped with their mobile phones, an increase of 17.1 percent. Online payment users also rose by 13 percent year on year to reached 600 million.

According to the report, the number of Chinese Internet users using online financial services also increased by 17.5 percent to 151 million.