BEIJING, April 18 (Xinhua) -- China on Thursday unveiled its plan to explore an asteroid and a comet and invited scientists around the world to participate in the program. 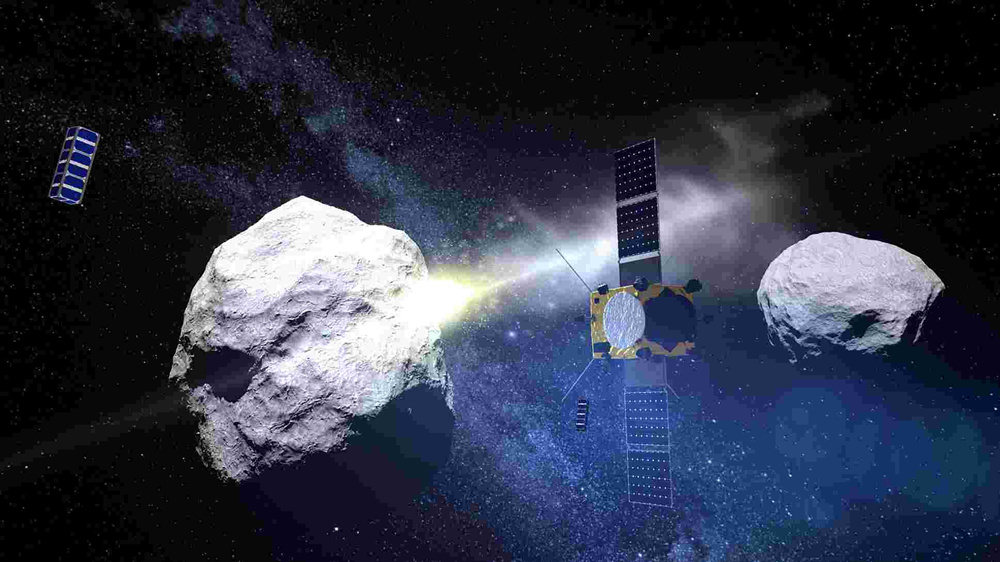 China offers to carry scientific instruments developed by other countries on the mission, according to Liu.

He said the mission is still under discussion. According to the current plan, a probe will be sent to fly around asteroid 2016HO3 and then land on it to collect samples.

Then the probe will fly back to the proximity of Earth, and a return capsule will be released to bring the samples back to Earth.

After that, the probe will continue its journey. With the assistance of the gravity of Earth and Mars, it will finally arrive at the main asteroid belt and orbit the comet 133P to explore it.

The whole mission will last about 10 years, according to Liu.

Scientists aim to measure the physical parameters of the asteroid and the comet to get an understanding about their orbit, rotation, shape, size and thermal radiation.

They also want to study their morphology, surface composition and internal structure.

When the asteroid samples are returned, scientists will conduct lab analysis on its physical properties, chemical and mineral components, isotopic composition, structure and age.

They will compare the samples with meteorites, as well as ground-based observation, remote-sensing and in-situ analysis.

Scientists are also interested in the environment of the comet 133P and the potential water and organic materials on it.

Liu said China began to solicit proposals on eight types of scientific instruments to be used in the mission among universities, research organizations and private enterprises both at home and abroad.

Chinese and foreign institutions and scientists are encouraged to jointly propose the schemes and develop the detectors, Liu said.

The instruments include a color camera with an intermediate field of view, thermal emission spectrometer, visible and infrared imaging spectrometer, multispectral camera, detection radar, magnetometer, charged and neutral particle analyzer and dust analyzer, according to Liu.

He said there might be two forms of onboard schemes. One possible scheme is to carry an independent detector on the rocket. After China's main probe enters the orbit, the onboard detector will separate from the rocket and then perform independent tasks. Its mass should not exceed 200 kg.

The other possible option is to let China's main probe carry the onboard detector to the near-Earth asteroid or the main-belt comet and then release it. The detector could either perform independent scientific exploration or coordinate with the main probe.

Liu said those interested in participating in the mission could contact the CNSA, and the deadline for the proposals will be August 31, 2019.