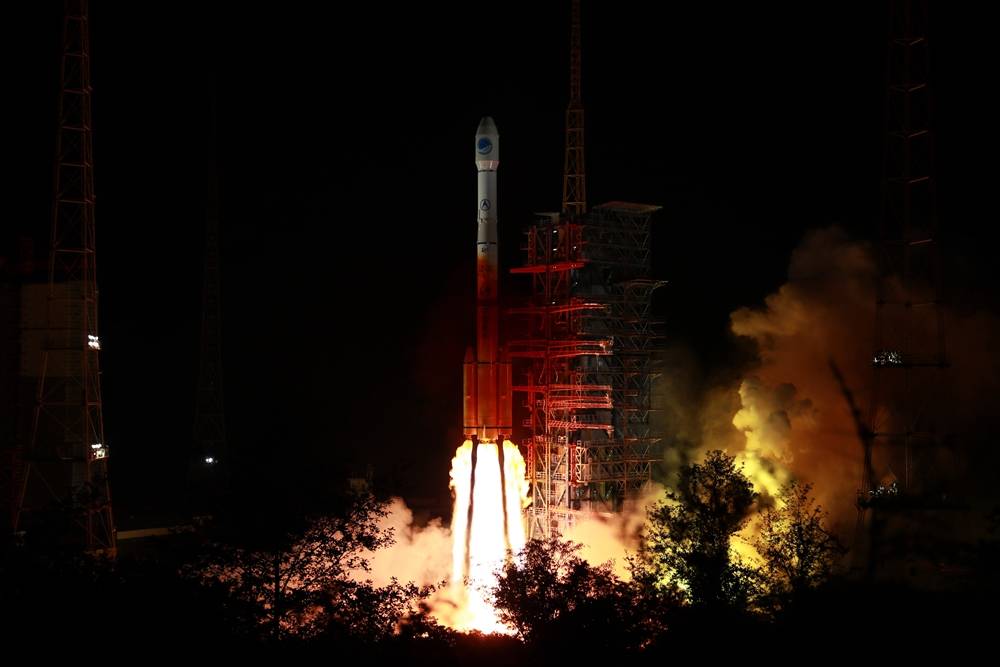 XICHANG, May 17 (Xinhua) -- China sent a new satellite of the BeiDou Navigation Satellite System (BDS) into space from the Xichang Satellite Launch Center in Sichuan Province at 11:48 p.m. Friday.

Launched on a Long March-3C carrier rocket, it is the fourth BDS-2 backup satellite and the 45th satellite of the BDS satellite family.

After being sent to the geostationary earth orbit and in-orbit tests, it will be connected to the BDS to provide users with more reliable services and enhance the stability of the constellation.

The BDS-2 system has provided stable and reliable service since it went into operation, and its positioning accuracy has improved from 10 meters to six meters.

The launch was the 304th flight mission for the Long March series of carrier rockets.