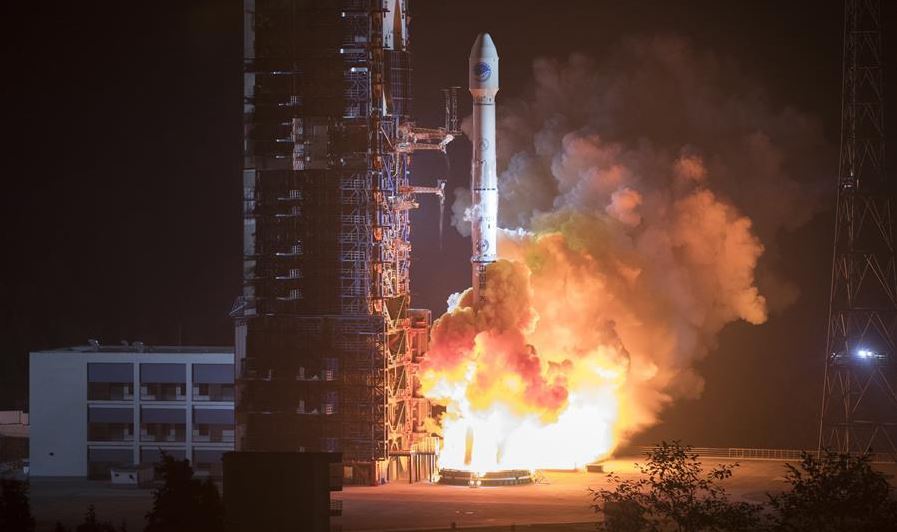 After in-orbit tests, the new satellite will work with those BDS satellites already in orbit to improve the coverage and positioning accuracy of the system.

The launch was the 307th mission for the Long March series of carrier rockets.

The positioning accuracy of the system reached 10 meters globally and five meters in the Asia-Pacific Region as the system started to provide global service at the end of last year, according to Yang Changfeng, chief designer of BDS.

China planned to send 10 BDS satellites into space this year. The launches will help complete the BDS global network by 2020.

The system has been applied in many industries including transport, maritime affairs, electricity, civil affairs, meteorology, fishery, surveying and mapping, mining and public security.

The BDS has also been widely used around the world, like building construction in Kuwait, precision agriculture in Myanmar, land survey and mapping in Uganda and warehousing and logistics in Thailand.

To enable BDS to better serve the economic and social development in Belt and Road countries and regions, China has established BDS cooperation mechanisms with countries and organizations in South Asia, Central Asia, ASEAN, the Arab League and Africa, strengthening technical exchanges and personnel training, and building BDS overseas centers.