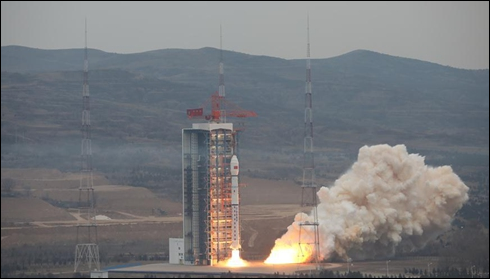 There have 29 successful rocket launches in China this year and with a few more scheduled for the last days of 2019, Chinese experts said they expect China to lead the world for a second year and showcase the nation's high-performing aerospace technology.

The US trails China with 25 launches and Russia 22, according to Chinese news website Guancha.

Experts noted that the lead shows that China's aerospace is on course and progressing steadily, step by step, according to a plan.

"After decades of development, China's space launches have shifted from previous scientific experiments to practical application, which has led to an increase in the number and scale of launches," said Wang Ya'nan, chief editor of Aerospace Knowledge magazine.

The year 2018 marked the first time China led the world in the number of successful orbital launches, with a goal of 35 and ending up with 39 launch attempts.

The US followed with 29 and Russia 20, according to Space Launch Report.

But there is still a gap between China and leading nations in terms of aerospace infrastructure and new-generation power systems. That difference will not be easy to narrow within a short time, he said.

The country made its first rocket launch at sea on June 5. A Long March-11 blasted off from a platform on a large semi-submersible barge in the Yellow Sea.

On December 7, China made two launches in six hours. Two solid-fueled Kuaizhou 1A rockets fired into orbit from the same spaceport in Taiyuan Space Center in North China.

The rockets successfully carried a total of seven small satellites into orbit.

The China National Space Administration announced in July that the country plans to launch nearly 100 more satellites into space before 2025 and there are already 200 Chinese satellites in orbit.