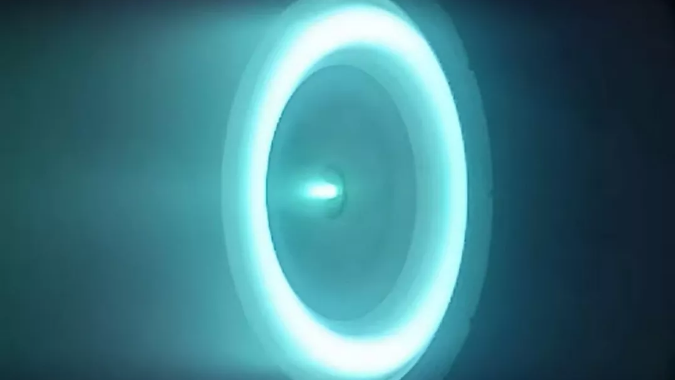 The 20-kW Hall thruster in operation at a laboratory of the China Aerospace Science and Technology Corporation (CASC). (Photo: CGTN)

China has made a major breakthrough in the development of the Hall-effect thruster (HET), an important space propulsion technology.

Researchers from the China Aerospace Science and Technology Corporation (CASC) have developed the country's first HET with an input power of 20 kilowatts that can produce a thrust of one newton, marking a leap for China's HETs from millinewton level to newton level.

The applications of HETs include control of the orientation and position of orbiting satellites and use as a main propulsion engine for medium-size robotic space vehicles.

During a test, the thruster showed stable operation, with a specific impulse of 3068 seconds and working efficiency above 70 percent, reaching international advanced level.