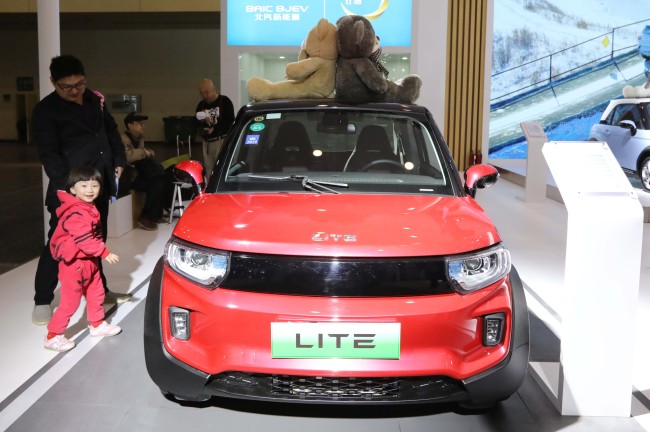 A new energy vehicle is exhibited at the International Convention and Exhibition Center in Zhengzhou, Henan Province, on April 7, 2018. (Photo: IC)

China has released a guideline to encourage the consumption of new energy vehicles (NEVs) to promote high-quality development of the sector and form a strong domestic market.

The cost of NEV production will be substantially lowered and the research and industrialization of the new generation of NEV batteries accelerated, according to a guideline jointly released by the National Development and Reform Commission (NDRC) and other two central departments on upgrading the country's consumption in 2019-2020.

Local governments are strictly prohibited from imposing any limit on the consumption and use of NEVs, and places where the limits exist should call it off, said the guideline.

The guideline also encourages local governments to give support for the purchase of first NEVs of car-free families and reduce parking fees for NEVs.

China's auto industry aims to be automatic, smart and green going into the future, according to the guideline.

China saw robust sales growth of NEVs in the first four months this year with 360,000 NEVs sold, surging by 59.8 percent from the same period a year earlier