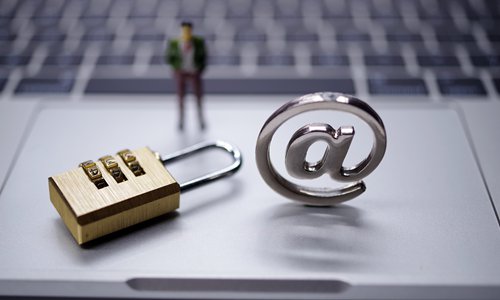 China released a plan to enhance data security in its telecommunications and internet sectors on Monday, in the latest move to protect the country's cybersecurity as risks are mounting.The plan, released by the Ministry of Industry and Information Technology (MIIT), comes at a time when security issues such as excessive data collection and abuse, illegal transactions and user data leakage have become increasingly prominent with the rapid development of the big data industry, the MIIT said in a statement on its website.Basic telecommunications enterprises and major internet companies are urged to strengthen management of internet data security and eliminate the risks of important data leakage and abuse, the plan said.The plan added that checks on all basic telecommunications enterprises, 50 internet companies and 200 mainstream apps will be completed by the end of October this year."Cyberspace remains a major area of confrontation among international powers, and it will also be significant to national security, especially amid the China-US trade war," Li Yi, a senior research fellow at the Internet Research Center affiliated to the Shanghai Academy of Social Sciences, said on Monday."Although tensions have been eased for the moment, we should still be well prepared, since the current trade dispute might be expanded to the cyberspace and data area, and we should increase our ability to respond to that situation," Li said.The US has reportedly demanded China to further open its cloud market to US companies in trade negotiations.China has been strengthening efforts to protect its cybersecurity in the past year.On June 13, the Cyberspace Administration of China (CAC) released a draft guideline on cross-border data transfers, which will prevent the flow of personal information overseas if it risks undermining national security and the public interest.Personal information, including IDs, addresses and phone numbers that are collected in China by network operators, should be assessed before being sent overseas, according to the CAC.In May, the CAC released a draft regulation that markedly tightened rules on how companies, both foreign and domestic, should handle data generated in the country. Apart from national security concerns, Xiang Ligang, director-general of the Beijing-based Information Consumption Alliance, told the Global Times that as the country rapidly enters the 5G era, higher cybersecurity levels and standards are required, as risks will increase with new opportunities.With higher demand for internet security infrastructure, related industries are expected to receive a boom, Xiang noted.On Sunday, the country vowed to build a cybersecurity industrial park in Beijing that will generate $14.8 billion by 2020, according to an industry blueprint.                                                               The park is expected to contribute 330 billion yuan to China's GDP, cultivate at least three companies in the industry and generate annual revenue exceeding 10 billion yuan by 2020.