In a latest move to tighten its regulation on studies of human genes and artificial intelligence (AI) technologies, China is mulling formulating a special section in its overarching law governing legal disputes following the scandal over gene-edited babies and the AI face-stitching technology controversy. 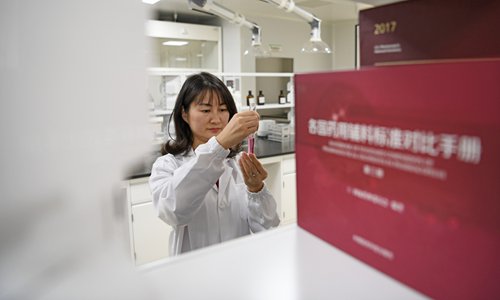 The draft civil code has added an independent section on personality rights, which was submitted to China's top legislature for a second review on Saturday. It stipulates that those who conduct medical or scientific studies related to human genes or embryos shall abide by laws, administrative rules and relevant regulations, the Xinhua News Agency reported.

The regulations specific to genes and embryos come five months after Chinese scientist He Jiankui claimed that he had successfully created the world's first gene-edited twins who  are immune to HIV, causing a global storm of condemnation   on ethical grounds.

Analysts said the section marks the first time that China has made a fundamental regulation concerning such issues in its legislation.

"It is necessary to emphasize regulation of medical or scientific studies related to human genetic information in the civil code, which is considered the most fundamental privacy for all citizens," Liu Changqiu, a health law expert and research fellow at the Shanghai Academy of Social Sciences, told the Global Times on Sunday.

However, because those who violate this law, such as He, would not only harm the subject's own health, but also bring much larger damage to the ethical and moral standards of society, Liu suggested that holding them accountable only against the civil code is far too lenient.

"The country's administrative and criminal laws should also become aware of such practices to prevent violations more effectively," Liu noted.

The draft section also regulates that those who intend to conduct clinical trials on humans for the purpose of testing new drugs, medical appliances and new prevention and treatment methods, must obtain the approval from administrative departments and ethics committees before proceeding.

Also, the participants or their custodians must be informed with written agreement of the trial purpose, application and risks, Xinhua said.

"Humans cannot be reduced to guinea pigs," said Meng Qiang, a law professor at the Beijing Institute of Technology. "Strict procedures and especially approvals from ethics committees are very important."

Liu said that ethics committee's function and legal responsibilities are, for the first time, clearly expressed in the draft, which could help prevent abuses from happening in practice.

Furthermore, on personal rights, the draft bill also reads that any organization or individual should not use information technology to infringe upon others image.

This clause came following two controversial video clips in which, through AI technology, the face of Chinese star Yang Mi was swapped with the face of Hong Kong star Athena Chu from the 1994 TV series The Legend of the Condor Heroes in February.

Zhu Wei, a communication and legal analyst, regards the development as an extension of previous laws to protect heroes and martyrs, as the AI face-stitching technology has been mostly used to damage the public interest or celebrity spoofs.