China on path to meet climate target a decade early

China will meet its carbon dioxide emission target, nearly a decade earlier than the commitment it made during the Paris Climate Change Agreement, a study said. 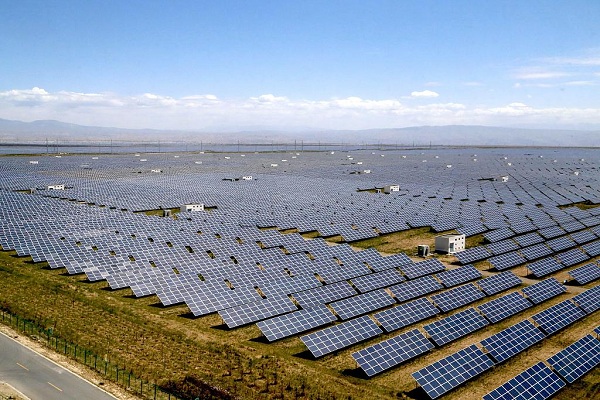 More than 197 countries pledged to limit their emissions by 2030, to keep the global temperature rise within two degrees Celsius. While many countries are on track to meet the commitment, a large number of them are struggling to achieve the target.

Globally, China is the largest emitter of heat-trapping greenhouse gases with its cities contributing more than 35 percent to the total emissions.

A team of researchers from the Chinese Academy of Sciences, Nanjing University and Harvard University examined carbon dioxide emissions from 50 Chinese cities for 2000-2016. They found a strong link between per capita emissions and per capita gross domestic product.

“Industries are currently the major sources of emissions in Chinese cities, which are very different from the cities of developed countries,” lead author of the study, Dr. Haikun Wang told Carbon Brief. Emissions from transportation and buildings increases rapidly when the cities become wealthier, Haikun added.

A few years after the cities get wealthier, per capita emissions starts getting stable. The emission reaches the peak level of 10.2 tonnes of carbon dioxide when per capita income hits 21,000 U.S. dollars, the projections revealed.

“We project that emissions for China should peak at 13–16 gigatonnes of carbon dioxide between 2021 and 2025, approximately 5–10 years ahead of the current Paris target of 2030,” the study published in journal Nature Sustainability on Monday said.

Similar research conducted by Tufts University in March also predicted China reaching carbon emission peak much before 2030. The recent projections appear in line with the country’s current rate of emissions, reducing at a fast pace.

According to the climate change agreement, global carbon emissions have to be curtailed by nearly 45 percent by 2030 and achieve carbon neutrality by 2050.

The recent findings come close on the heels of United Nation’s Climate Action Summit scheduled to be held in New York on September 23.

In order to reduce emissions, China is reducing dependency on fossil fuels. The country has slashed coal for energy production to 59 percent, down from 68.5 percent in 2012.