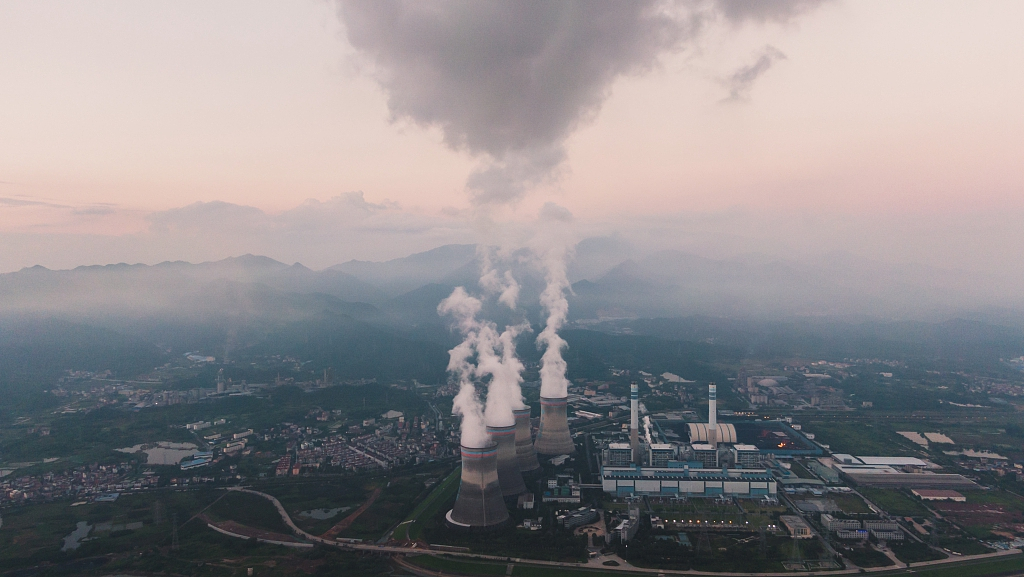 BEIJING, Oct. 10 (Xinhua) -- China has slashed levels of pollution from its thermal power plants over the last five years and is on track to meet a key emissions goal for 2020, the China Daily reported Thursday.

Researchers from China and the United Kingdom have determined that China more than halved power plant emissions of sulphur dioxide , nitrogen oxide and particulate matter between 2014 and 2017. The three pollutants all contribute to the formation of smog, which is linked to health problems.

The team of researchers analyzed emissions from thermal power plants, which burn coal, oil, natural gas or biomass to produce energy, with a particular focus on coal-fired power plants as these are the major contributors to ambient air pollution.

According to the study, which was published in the journal Nature, levels of sulphur dioxide emissions in China fell from 2.21 million metric tons in 2014 to 770,000 tons in 2017, a reduction of 65 percent.

The study suggests that China is on track to meet its target of 60 percent reduction of pollutants across all power plants by 2020, the newspaper said.