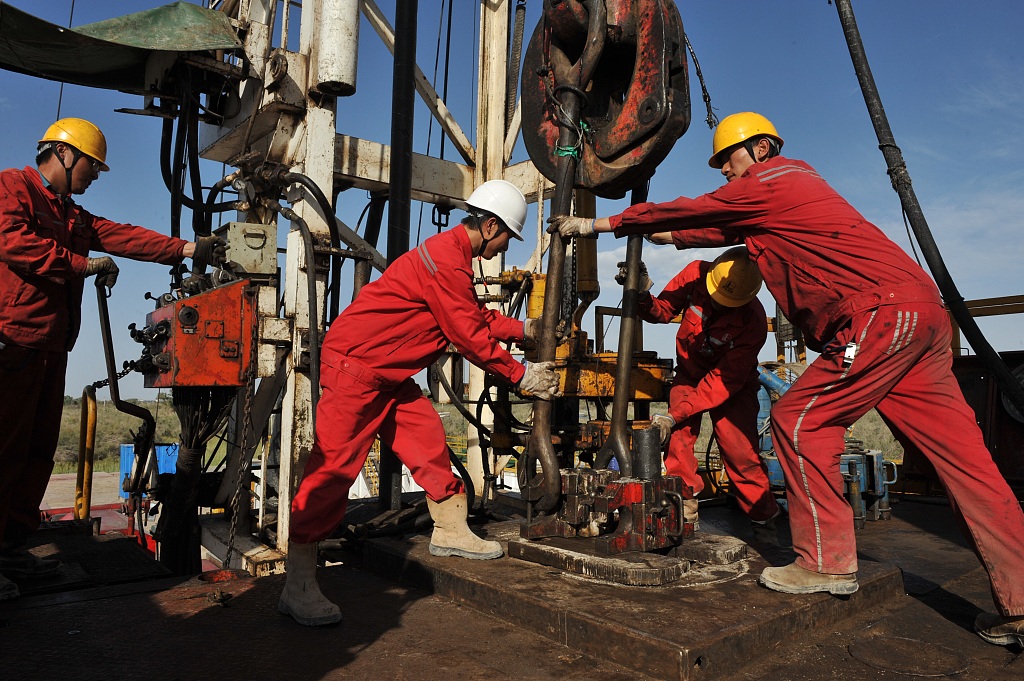 Tahe oil field, a major petroleum and natural gas production base in northwest China's Xinjiang Uygur Autonomous Region, has seen its annual decline rate drop from 17 percent in 2016 to 13.9 percent this year, thanks to the innovation, according to experts participating in the group's project review.

It has also reduced the cost of crude oil per barrel by 3.75 U.S. dollars, generating a direct economic benefit of 1.04 billion yuan (about 155 million U.S. dollars).

The technical method not only helps better identify underground caverns of oil storage below 6 km, but also increases accuracy when calculating the detection radius around the oil wells, to better guide the fine mining.

It also improve the efficiency of oil extraction by pumping groundwater back into the well, allowing oil bodies less dense than water to rise.

In 2025, the oil field's annual decline rate is expected to fall to below 12 percent, the group said.