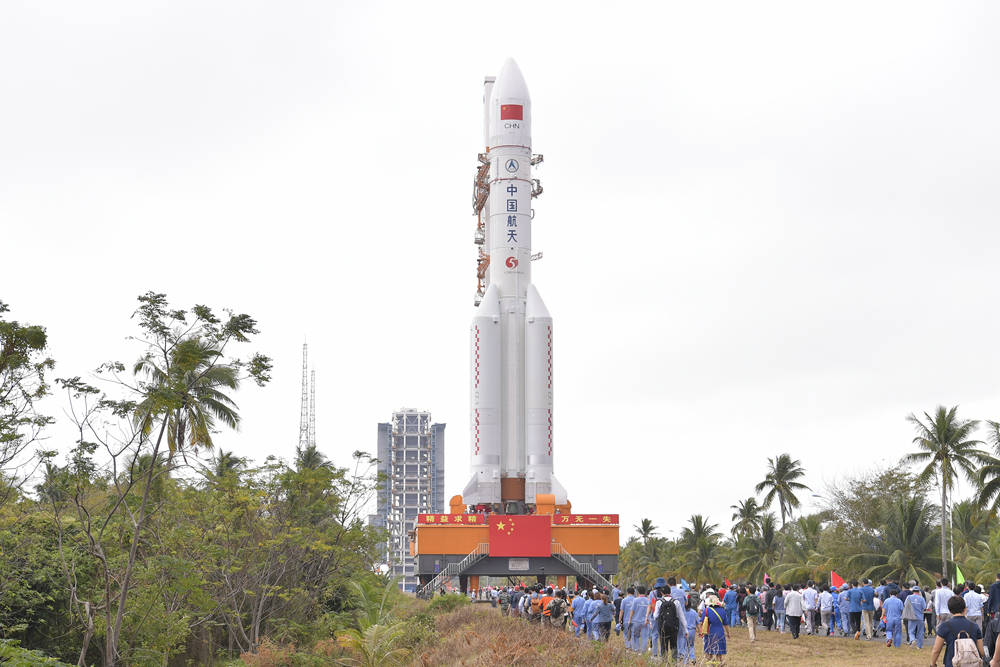 The carrier rocket, coded as Long March-5 Y3, is planned to be launched at the end of December, according to the China National Space Administration.

Space engineers have conducted a general assembly and tests on the rocket after it was transported to Wenchang at the end of October.

It took about two hours to vertically transport the large rocket to the launching area of the center Saturday morning. Space engineers will conduct a final examination and tests on the rocket before the launch.

The upcoming flight of the Long March-5 rocket is regarded as a highlight of China's space sector this year, as the large rocket is the key to China's future space missions.

If the flight is successful, the carrier rocket will be tasked with launching China's first Mars probe and sending the Chang'e-5 lunar probe to the moon to bring lunar samples back to Earth. In addition, a modified version of the rocket, Long March-5B, will be used to construct China's space station.