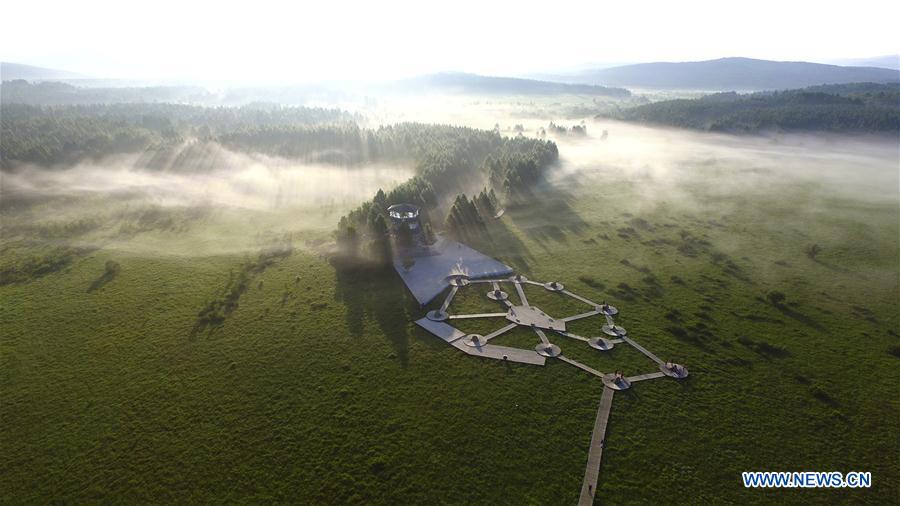 This means China is now capable of conducting the quantitative spatial monitoring of the global carbon budget.

With the rapid development of atmospheric detection and model simulation technology, the method of tracing carbon emissions by observing atmospheric carbon dioxide concentration is considered effective for the evaluation of greenhouse gas emission reduction efforts, said Yang Dongxu, an associate researcher at the Institute of Atmospheric Physics under the Chinese Academy of Sciences.

China launched its carbon dioxide monitoring satellite TanSat on Dec. 22, 2016, becoming the third country after Japan and the United States to monitor greenhouse gases through its own satellite.

The satellite's mission is to achieve the high-precision monitoring of the global atmospheric carbon dioxide concentration, and to provide satellite data for scientific research.

Using the TanSat observation data, the researchers estimated the global terrestrial carbon net flux between May 2017 and April 2018. Their estimate was almost same as those from Japan's GOSAT satellite and the U.S. OCO-2 satellite.

Researchers establish an observed value and a simulated value for the amount of carbon dioxide in a given place at a given time, said Yang. They use data assimilation to reduce the error between the two figures.

The results showed that the uncertainty was reduced by up to 50 percent compared with the previous flux.

The global carbon flux dataset facilitates the public's understanding of the impact of actions such as reducing carbon dioxide emissions and increasing carbon sinks according to climate change trends.

The achievement was recently published in the journal Advances in Atmospheric Sciences.