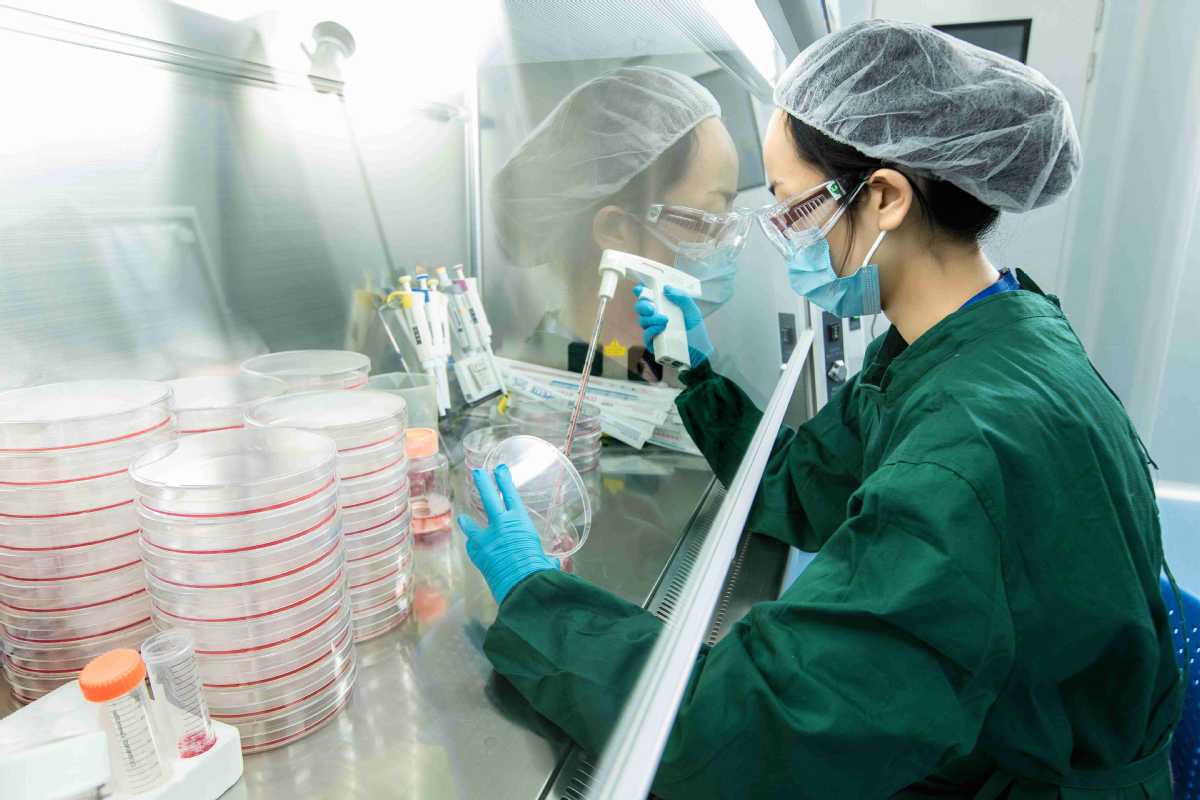 China spearheaded and published the world's first international standard on stem cell research on Saturday, signaling that the country has become a globally recognized front-runner in this cutting-edge field that may revolutionize medicine, experts said.

The document, named ISO 24603, lists the various requirements and regulations for cultivating and using human and mouse pluripotent stem cells. It is also the first stem cell related standard for the International Organization for Standardization.

Pluripotent stem cells have the ability to differentiate into any cell types that make up the body. They are typically found during the earliest stages of cell division after fertilization.

As a result, scientists are trying to harness the regenerative potential of stem cells to treat many challenging medical conditions, such as spinal cord injuries, leukemia, Type 1 diabetes, heart diseases, stroke, burns, Alzheimer's disease and Parkinson's disease, according to the Mayo Clinic.

However, stem cell therapy can be controversial due to it being poorly regulated, with unscrupulous providers hyping the technology and drawing patients seeking cures to illegal and potentially harmful treatments.

Chen Yeguang, the president of the Chinese Society for Cell Biology, said stem cell and regenerative medicine is a rapidly developing field, and it is essential to build consensus and establish some ground rules for research and the industry.

"ISO 24603 will play an extremely important role in setting standards for the whole industry and public health," he said.

George Dagher, convener of the ISO/TC276/WG2 committee, the organization responsible for reviewing biobanks and bio resource related standards, said ISO 24603 is based on expert consensus from ISO countries, and it represents a crucial and necessary step for expanding stem cell research.

Founded in 1947, the International Organization for Standardization developed and published standards in many technical fields. Its headquarters is in Geneva, Switzerland, and it has 167 member states as of this year.

Ji Weizhi, a noted biologist and an academician of the Chinese Academy of Sciences, said China spearheading and publishing the new international standard signals that the country has become one of the global front-runners in the field, especially in basic sciences and some technologies.

Wang Songling, an academician of the Chinese Academy of Sciences, called the new standard a milestone and said it represented China's contribution to global stem cell research.

Zheng Jian, deputy director of the Department of Basic Research of the Ministry of Science and Technology, said the standard not only provides crucial instructions to guide and support the development of the stem cell industry, but also showcased China's increased international recognition in stem cell research.

"It has injected positive energy into China's science, technology, and innovation in life and health sciences," he said.