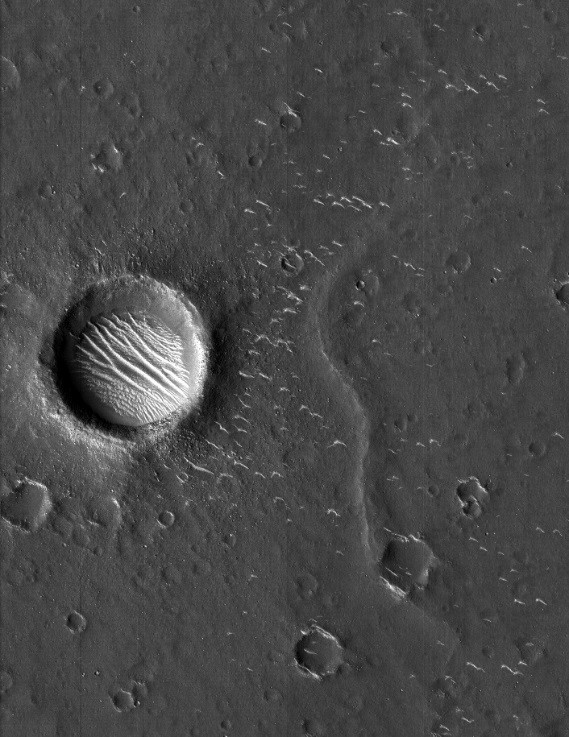 Panchromatic images show craters up to 620 meters in diameter. 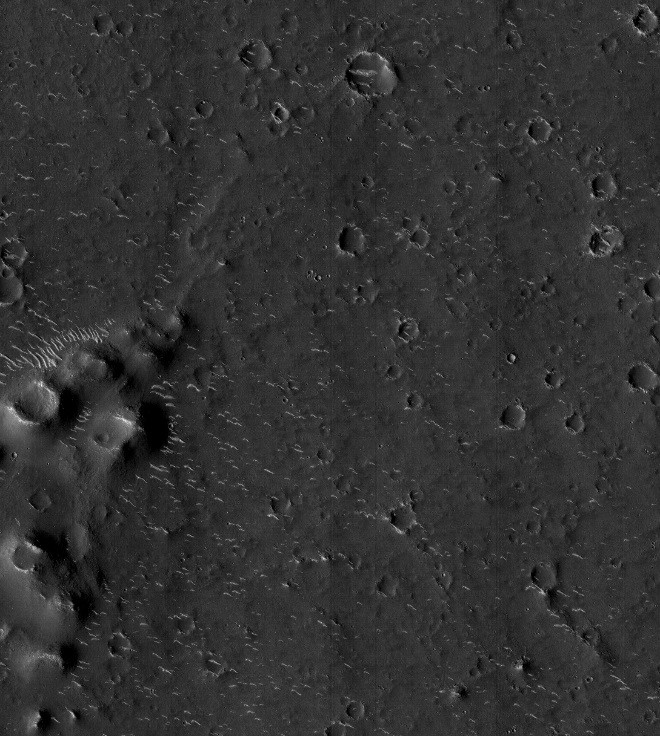 The largest crater is about 620 meters in diameter.

A third color image, taken by a medium-resolution camera, captures the north pole of Mars.

A spectrometer, medium- and high-resolution cameras mapped Mars in detail on February 26. 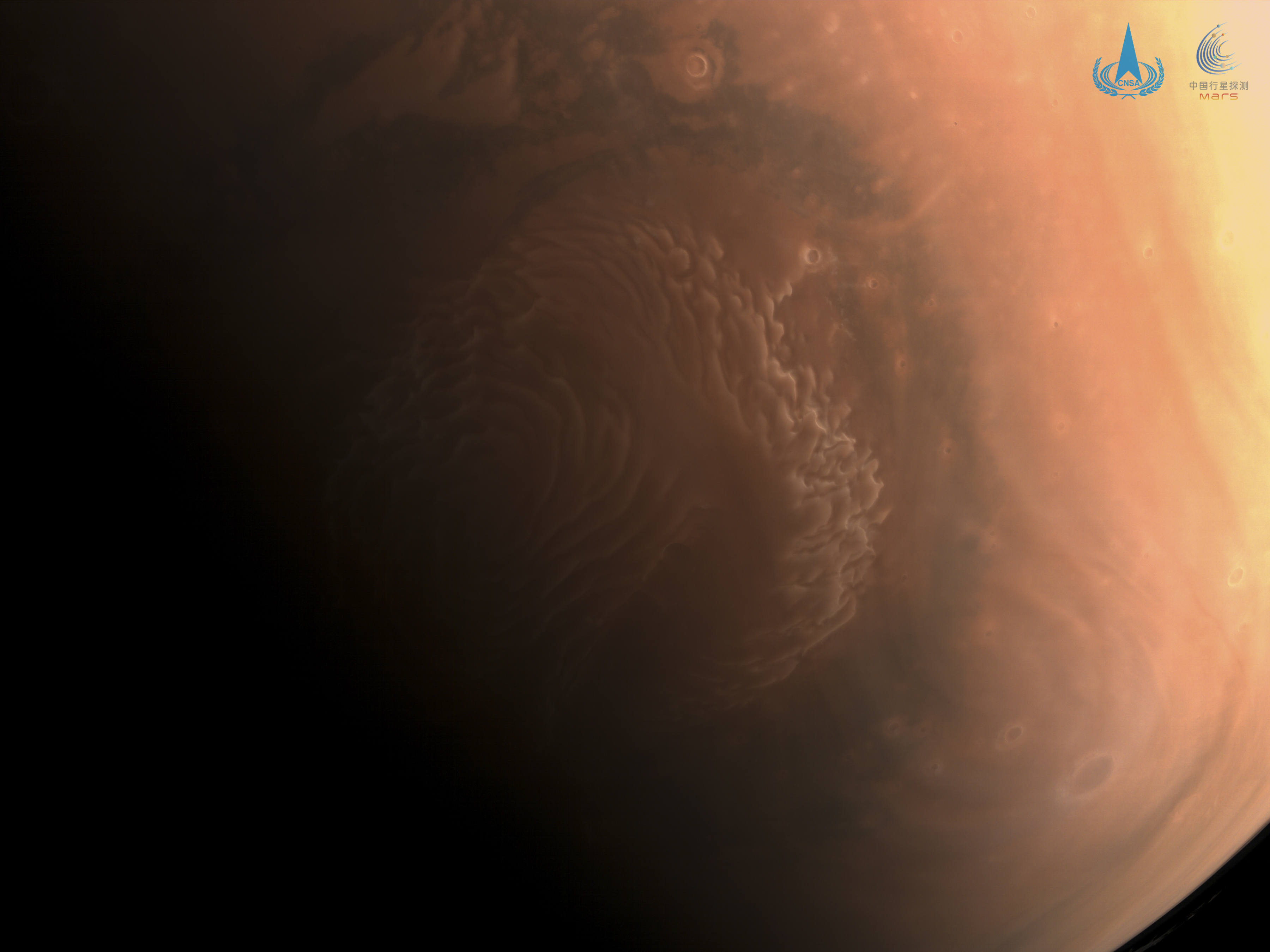