New photos and videos captured by China's Mars probe Tianwen-1 during the country's first landing and roving exploration on the red planet were released by the China National Space Administration (CNSA) on Sunday.

The Tianwen-1 mission was launched on July 23, 2020. The lander carrying the rover Zhurong touched down in the southern part of Utopia Planitia, a vast plain in the northern hemisphere of Mars, on May 15.

The rover drove down from its landing platform to the Martian surface on May 22, starting its exploration of the red planet, and making China the second country after the United States to land and operate a rover on Mars. 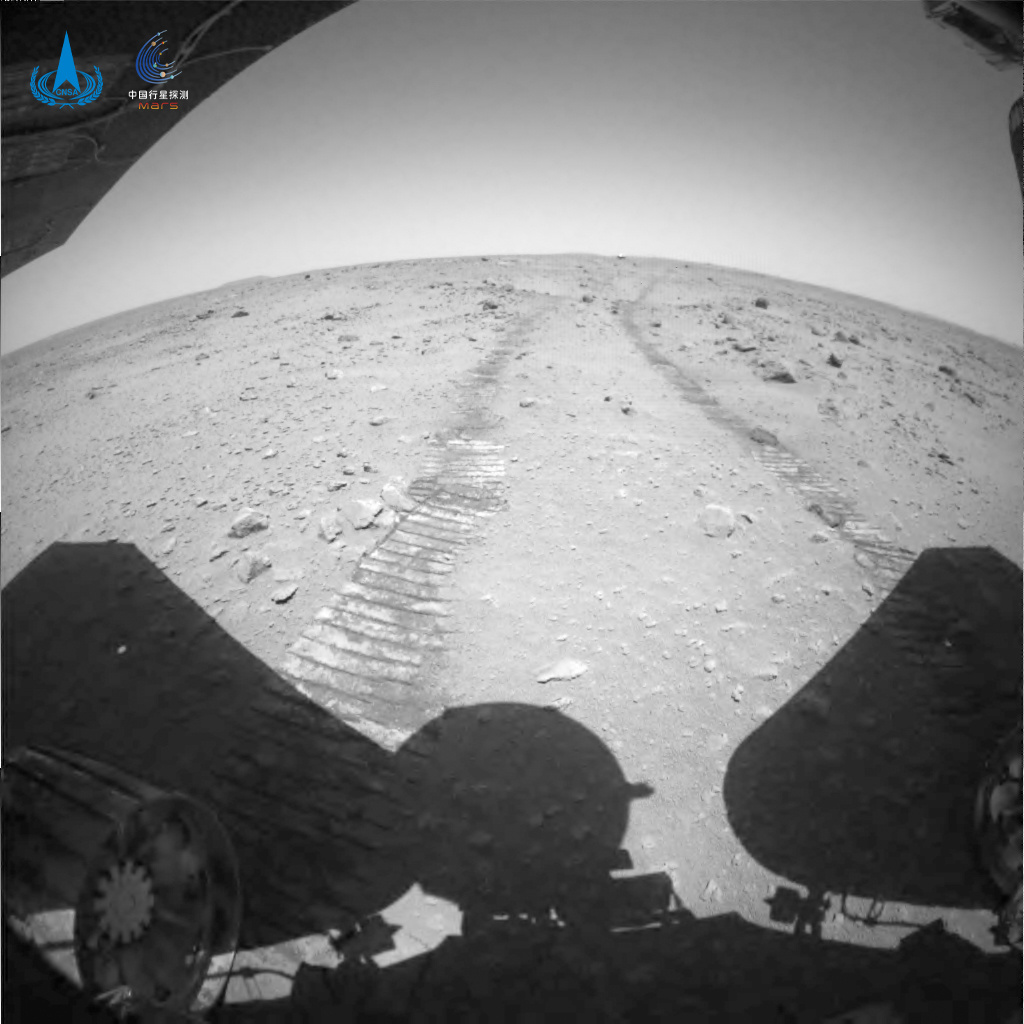