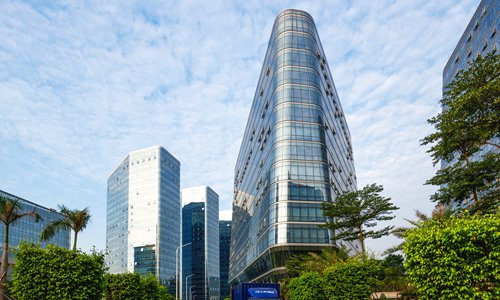 For decades, China has been known as the world's factory, but that might change soon as the world's second-largest economy appears on track to become the global center for technological progress.Fueled by improving conditions for innovation and entrepreneurship, Chinese technology start-ups have been rising fast both in terms of quantity and quality, drawing widespread interest from multinational corporations. These start-ups have also been expanding rapidly themselves in overseas markets.A report in the Chinese edition of the Nikkei Asian Review on Wednesday pointed out that as multinationals continue to acquire Chinese technologies through cooperation with the start-ups, the Chinese government may even become concerned about the outflow of technologies.The report listed several deals between foreign corporations and Chinese start-ups, including the recent agreement between Japanese carmaker Toyota and Shenzhen-based IngDan, which is a fast-growing start-up in the Internet of Things. Other global conglomerates such as Hitachi, Airbus, Intel and BMW have also signed deals with Chinese start-ups, according to the report.  "I think there has been a major change" since 2016, Laurent Le Pen, a French entrepreneur who has been active in the Chinese start-up world for over a decade, told the Global Times on Wednesday.Le Pen, who founded or co-founded several start-ups in Shenzhen, South China's Guangdong Province, including one specializing in wearables for the elderly and children, said that 10 years ago, people from overseas called China the "factory of the world," but today, it is no longer about manufacturing but about design and innovation.Behind the change are a fast-rising number of Chinese technology start-ups and their increasingly robust capacity to innovate. China is already home to about 30 percent of the 200-plus top technology unicorns around the world, with start-ups emerging almost daily, according to some estimates. In 2018, there were 186 new start-ups in China that were valued at $1 billion or more, which is the definition of a unicorn, and had received outside funding - one every 3.8 days, according to a Hurun report released in January.Chinese technology companies are also leading the world in the number of patents filed. In 2018, China was the only country that saw an increase in the number of patents filed by its companies in the US, figures from patent information provider IFI Claims showed."We can say that in many areas, China is already leading the world in technology innovation," Liu Dingding, a veteran observer of the domestic technology sector, said, "and this trend will become even clearer in the near future."The rise of Chinese technology start-ups has been primarily fueled by policy support for innovation and entrepreneurship at all levels of government in China and a robust internet economy with a vast market, according to Liu. "Almost every Chinese city, small or large, has some type of innovation center and almost all universities in China have established technology incubators," he said. "That's why Chinese start-ups are growing very fast."Apart from policies directly aimed at supporting innovation and entrepreneurship, other major initiatives such as the development plan for the Guangdong-Hong Kong-Macao Greater Bay Area will offer further support, according to Le Pen. "The announcement of the Greater Bay Area, I think, has been the main factor of the big change in the region," he said. With the coordinated plan, the region could be built into something on par with the San Francisco Bay Area.However, for Chinese technology companies to compete with those in the US, there's still some way to go, according to Liu. "Chinese technology firms are better at creating products and services, in other words they are good at the application level. But in terms of core technologies, such as chips, US firms are still leading," he said.