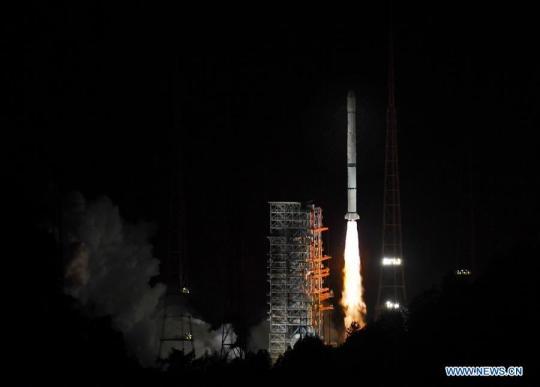 The Fengyun-2H meteorological satellite, carried by a Long March 3A rocket, is launched from the Xichang Satellite Launch Center in Southwest China's Sichuan province, on June 5, 2018. (Photo: Xinhua)

BEIJING, Dec. 15 (Xinhua) -- Chinese State Councilor and Minister of National Defense Wei Fenghe and Russian Defense Minister Sergei Shoigu on Tuesday signed a protocol to extend the period of validity of an agreement on mutual notification for launches of ballistic missiles and carrier rockets, upon approval from the heads of the two states.

On that basis, the militaries of the two countries are ready to strengthen practical cooperation and enrich bilateral relations, the two defense ministers said at a video conference.

China and Russia inked the agreement on Oct. 13, 2009, and it was set to expire on Dec. 16, 2020. The protocol, effective from Tuesday, extends the agreement's period of validity by 10 years.