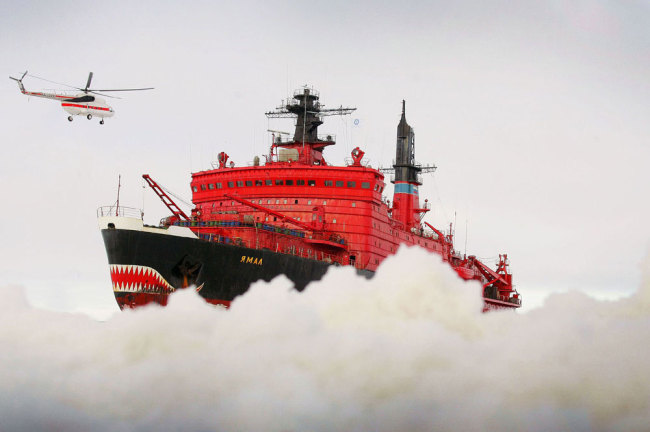 The icebreaker Yamal heading to an ice field in the Arctic Ocean (Photo: VCG)

The establishment of a China-Russia joint laboratory on polar technology and equipment has recently been approved by the Ministry of Science and Technology, Harbin Engineering University confirmed Thursday.

The project, proposed by the Harbin Engineering University, was among the 14 "Belt and Road" joint laboratories approved earlier this month.

The laboratory will strengthen cooperation with Russia in key fields such as Arctic shipping, energy cooperation, and polar scientific research, according to the development plan.

"Through the joint lab, China and Russia will share their experiences and achievements in polar shipbuilding, polar route operations and polar resources exploitation," said Xue Yanzhuo, dean of the College of Shipbuilding Engineering of the university.

Xue said Russian institutes would be invited to jointly build international incubators, accelerate international scientific and technological cooperation, and provide support for the building of the "Silk Road on Ice."

A group of industrial clusters focusing on polar equipment, marine engineering, and intelligent manufacturing are expected to be formed following the establishment of the joint lab.

Harbin Engineering University is one of the major research institutes in the field of polar ship and marine engineering in China. It became a member of the University of the Arctic Alliance in September 2018.