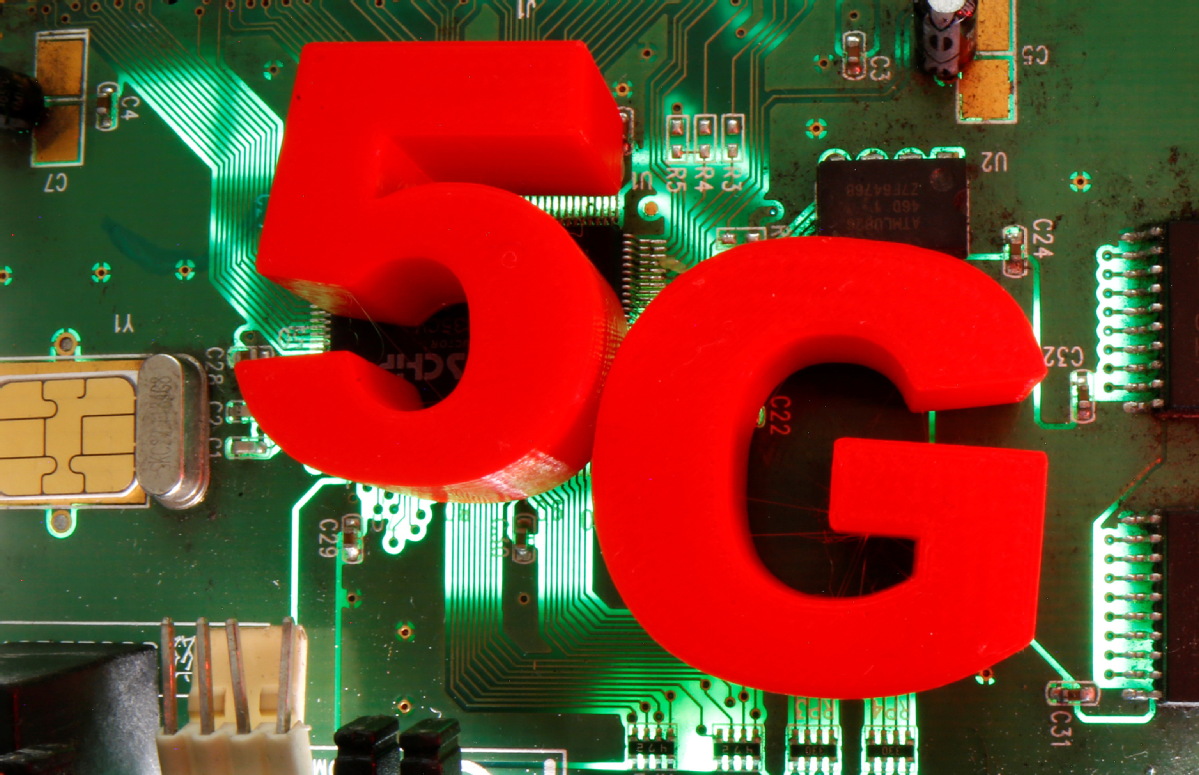 China's 5G technology has developed with a strong momentum despite the fight against COVID-19, and 5G mobiles of four domestic brands account for 60 percent of the global market, CCTV reported on Friday.

The 5G signal coverage at the summit of Mount Qomolangma has drawn many people's attention when a Chinese survey team reached the top of the mountain on Wednesday to remeasure the height of the world's highest peak.

This indicates that China's 5G technology development has not been affected by the novel coronavirus outbreak but continues to develop with strong momentum, foreign media said.

From January to March this year, the global semiconductor wafer shipment area was 2.92 billion square inches, an increase of 2.7 percent over the previous quarter, according to Semiconductor Equipment and Materials International.

Japanese media believe it is the rapid development of China's 5G business that has driven the global wafer market.

China accounted for four of the top five global 5G mobile phone shipments—the combined market share of these four brands exceeded 60 percent in the first quarter of this year, according to a report by a US market research institute.

In addition to mobile phones, the number of base stations is also an important indicator to measure the development of 5G.

Over 10,000 new 5G base stations are being built in China every week, as the nation moves to accelerate the commercialization of the superfast wireless technology, said Miao Wei, minister of industry and information technology, during the two sessions.

China Mobile, China Unicom and China Telecom are expected to spend more than 180 billion yuan to develop 5G technology and build 500,000 5G base stations in total this year, according to the three major domestic operators' investment plan.

China is projected to account for 70 percent of global 5G connections, and the country has firmly established itself as a global 5G leader, according to a report by GSMA, an international association of mobile operators.