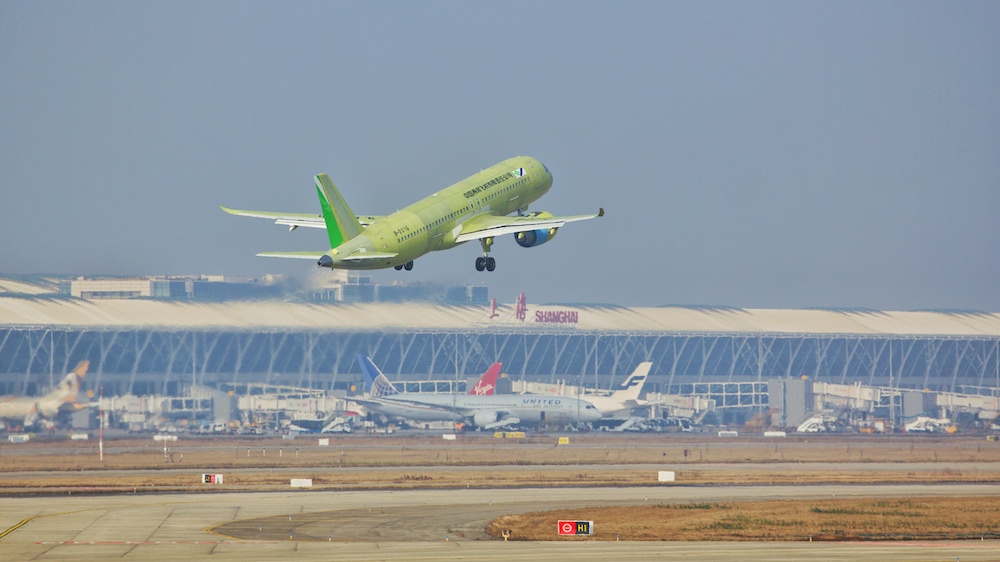 The jet with code number 106 took off from Shanghai’s Pudong International Airport at 10:15 am (Beijing Time) and flew about 105 minutes before landing. Performances of cabin and lighting system and external noise level were tested during the mission, said the manufacturer. 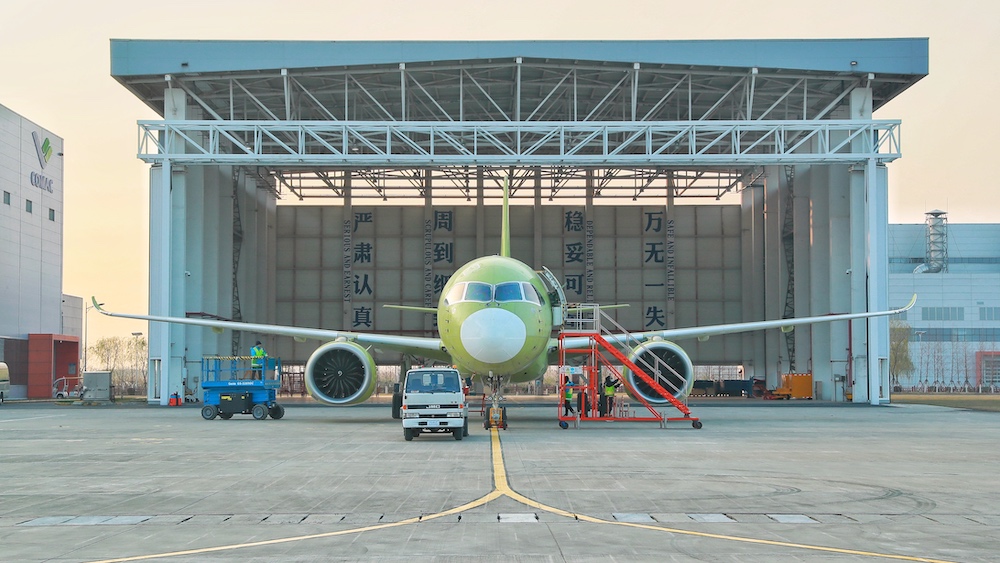 China assembled six test jets of the narrow-body passenger jet C919 and all succeeded in their first flights.