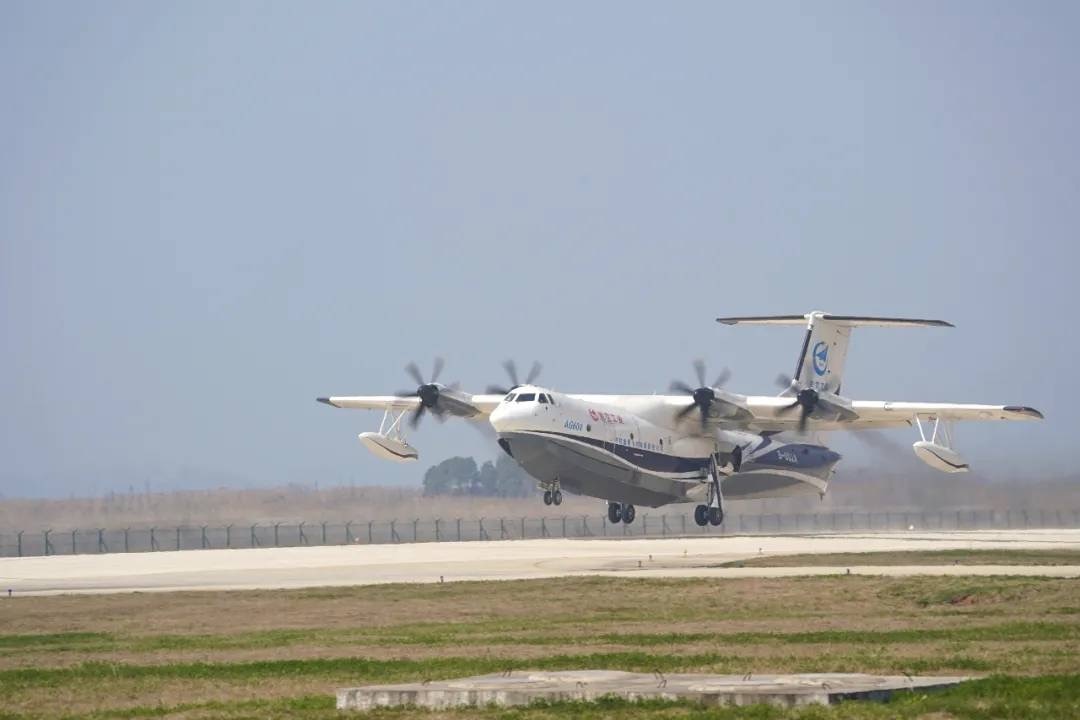 It marked a major step forward for the development of the large amphibious aircraft model, which is of great importance to the country in strengthening its natural disaster prevention and emergency rescue capacities.

The aircraft performed well during the test of its water-dropping capabilities, which is one of the key functions of the amphibious aircraft model.

It is expected that the AG600 aircraft will proceed to conduct flight tests dropping water over fire sites before the end of the year, the AVIC said.

During Thursday's flight test, the AG600 development team also conducted a preliminary evaluation of the procedure for the aircraft's water-dropping task.

It will provide a basis for the improvement of the aircraft's firefighting capacities and better serve the country's demand for enhanced, comprehensive natural disaster prevention and emergency rescue capabilities.

The AG600, together with the Y-20 large transporter and the C919 single-aisle passenger airplane, is part of China's key project to independently develop a "large aircraft family."

Codenamed Kunlong, the AG600 is a key piece of aeronautical equipment in China's emergency rescue system. It is intended to meet the needs of firefighting and marine rescue missions, as well as other critical emergency rescue operations.

The large amphibious aircraft is designed to operate in complex weather and environmental conditions. During rescue missions, it can conduct low-altitude water surface searches and can act as an anchor during water and maritime rescue missions. The aircraft is capable of rescuing up to 50 people per mission.

During its maiden flight over sea, the AG600 aircraft further verified its marine-related performance, which laid the foundations for its future work in specific environments during missions such as emergency rescue operations, according to the AVIC.