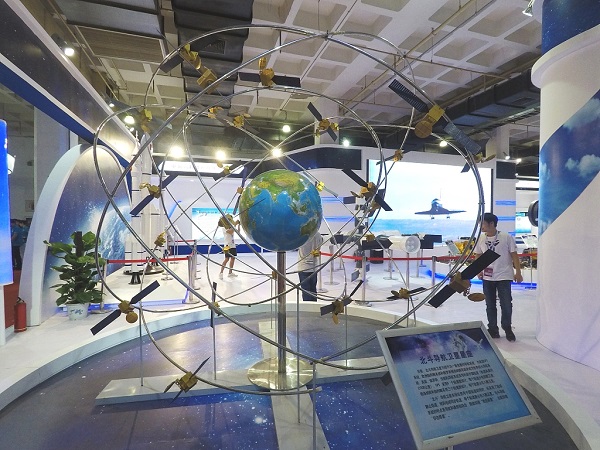 The assisted BDS, which the company said can achieve sub-meter location accuracy, has filled the gap between China and the U.S. in the area of satellite-based positioning technology in the mobile communication industry.

The self-developed sat-nav system was first applied in the military sector, and has been gradually adopted by civil industries including weather forecasting, natural disaster prevention and agriculture since 2012. Over the past two years, the BDS-based chips have been embedded in millions of mobile devices.

With the 5G technology now in commercial use, and the wide application of Internet of Things (IoT) devices, China's sat-nav industry value will reach 400 billion yuan by 2020, according to the GNSS (global navigation satellite system) and LBS (location-based service) Association of China (GLAC).

BDS will start to provide positioning and navigation services to its global users by 2020, said Yu Xiancheng, president of the GLAC, on Tuesday.

In the 5G era, the "5G+BDS" combo will be widely seen in scenarios that require fast data transmission speed, low network latency, and precise location and navigation services. such as autonomous driving, logistic systems, air traffic control, and robot patrolling.

According to GLAC data, the annual growth rate of the nation's satellite industry has remained at 20 percent since 2012, while the BDS has contributed about 80 percent. The system, along with related products and services, has generated 194.7 billion yuan so far.

Data shows over 80 million domestic BDS-based products had come into service by the end of 2018.