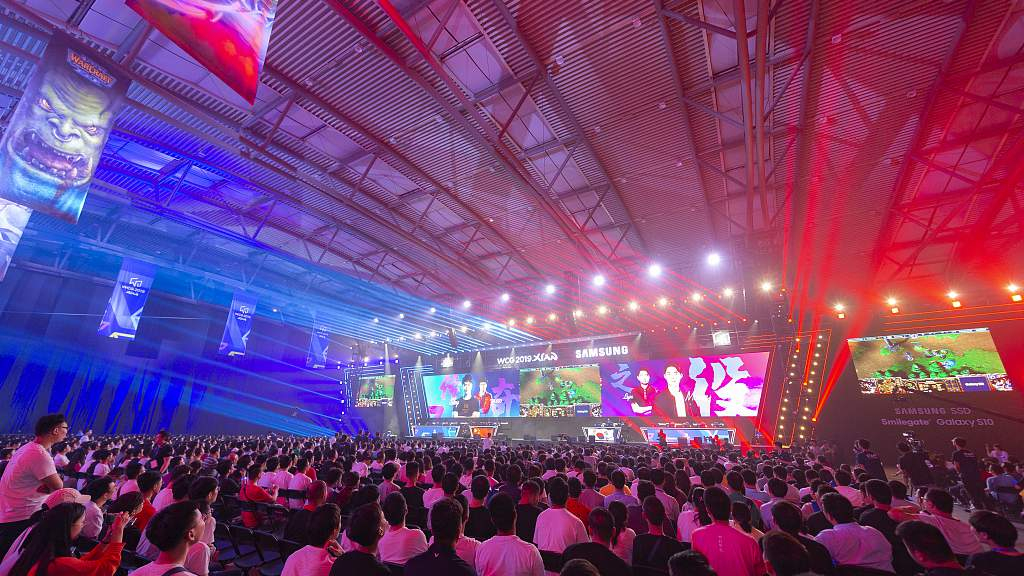 China's e-sports industry has generated 80 new types of jobs, including competition organizers. Lu Hongkun is the one who seized the opportunity and established an e-sports association at Shanghai University.

Lu is a junior student and has kept a watchful eye on the e-sports industry for nearly four years. His association now has 150 student members.

"I realize there are many jobs related to e-sports. We have businesses, operations and game teams, which are similar to the professional e-sports club. We cooperate with companies like Amazing Center to learn more about the industry and cultivate talents for the company,” he said.

Meanwhile, the Shanghai University of Sport is the first to open a major in e-sports commentators. The major has one class with 21 students. Based on the curriculum for broadcasting hosts, the school has arranged many other courses to give students a better command of the industry's development.

Dean at the School of Sports Media and Foreign Studies Du Youjun said that the e-sports commentary major includes courses such as e-sports culture, strategy analysis and competition operations, in order to enrich students’ knowledge of the industry.

However, the development still cannot keep up with the pace of the rapidly emerging industry. According to a 2019 global e-sports industry development report by Tencent, 74 percent of job demands don't get met in the e-sports industry. For instance, about 150,000 people are needed in Shanghai alone. Ren Li, CEO of Amazing Center, said the majority of workers are from other industries, and some of them even are former professional game players.

"It's difficult for us to find IT talents that can organize or operate e-sports competitions. Our company now has 50 workers and that figure is expected to rise to 100 according to our development plan, so we are facing great pressure in terms of recruitment and training. It may take more than a year for new recruits to become familiar with their jobs,” Ren added.

The Shanghai government wants the city to become an international "e-sports capital" within three to five years. According to the 2019 Shanghai e-sports industry development report, nearly 49 percent of the country's e-sports clubs are based in Shanghai. And the city is in the greatest demand for talents, accounting for 15.5 percent of total demand nationwide.