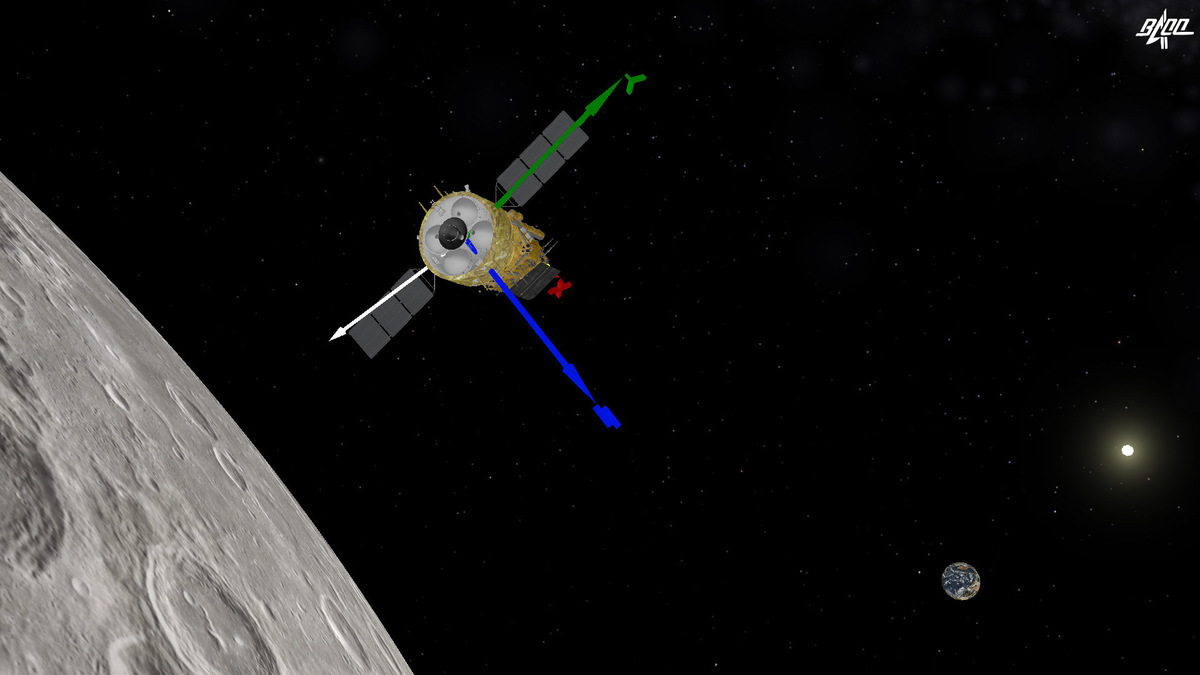 This image from video animation is provided by the Beijing Aerospace Control Center (BACC). China's Chang'e-5 probe performed braking for the second time at 20:23 pm Sunday (Beijing Time), according to the China National Space Administration (CNSA). After the deceleration, the probe started flying in a near circular orbit from an elliptical path around the moon, said the CNSA. (Photo: BACC)

China's Chang'e-5 probe is preparing for a soft landing on the moon to undertake the country's first collection of samples from an extraterrestrial body.

The lander-ascender combination of the spacecraft separated from its orbiter-returner combination at 4:40 am Monday (Beijing Time), according to the China National Space Administration (CNSA).

Launched on Nov 24, Chang'e-5 is one of the most complicated and challenging missions in China's aerospace history, as well as the world's first moon-sample mission for more than 40 years.

The spacecraft is performing well and communication with ground control is normal, CNSA said.

The lander-ascender combination will execute a soft landing on the moon and carry out automatic sampling. The orbiter-returner will continue orbiting about 200 km above the lunar surface and wait for rendezvous and docking with the ascender.