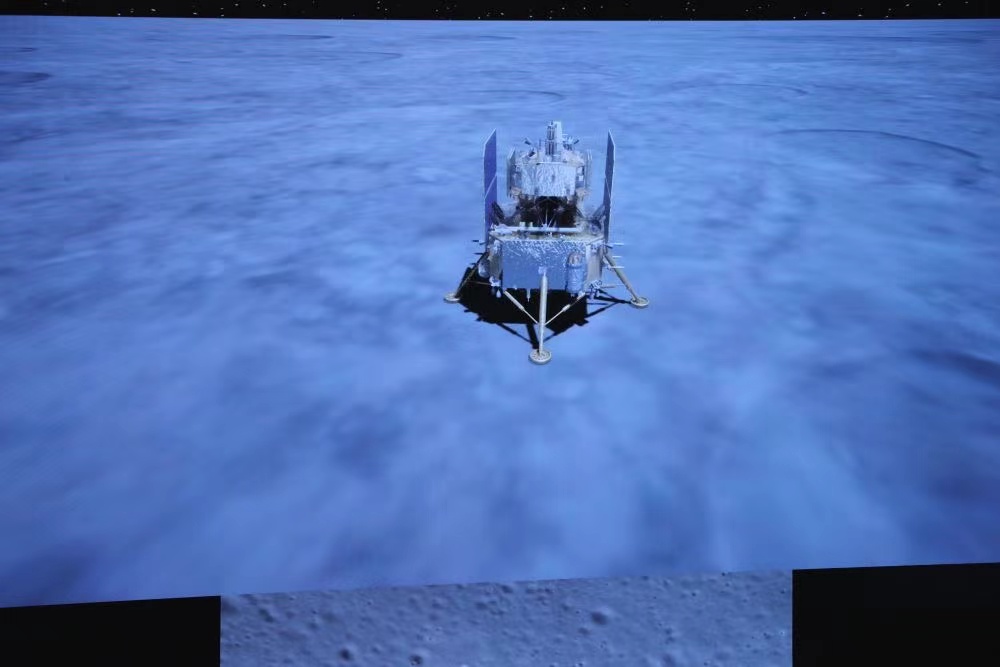 Launched on November 24, Chang'e-5 has performed two orbital corrections and two braking operations. On Monday, the lander-ascender separated from the orbiter-returner. 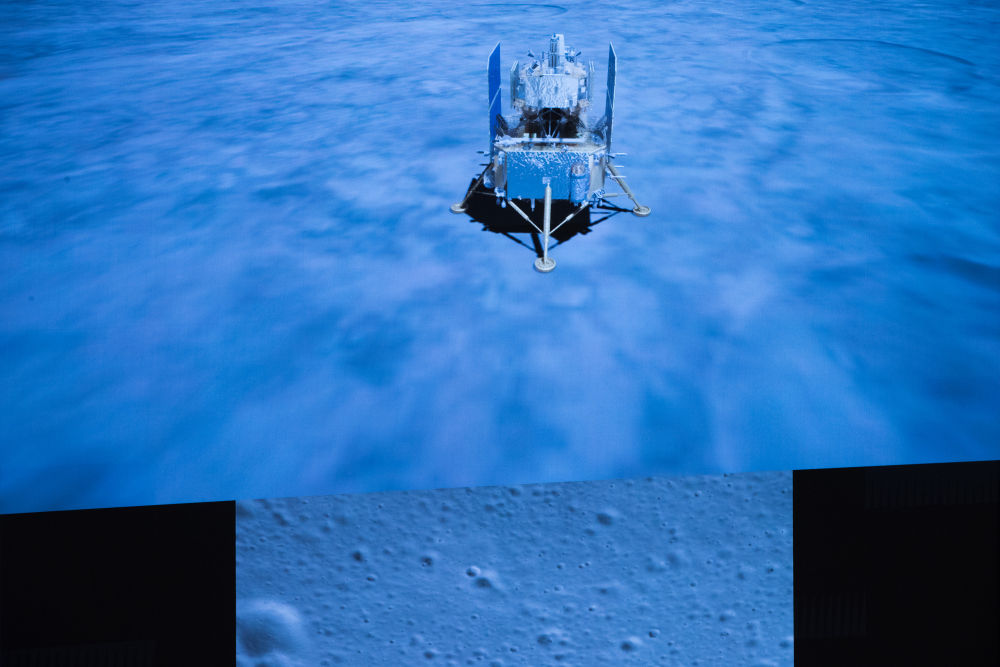 Now that it has landed, the probe will undertake the country's first collection of samples from an extraterrestrial body. It will collect some surface material, and drill a two-meter-deep hole and extract the soil from inside it. This sample will act as an archive of the history of the moon, with the bottom recording information from a billion years ago, and the top more closely reflecting the present day. 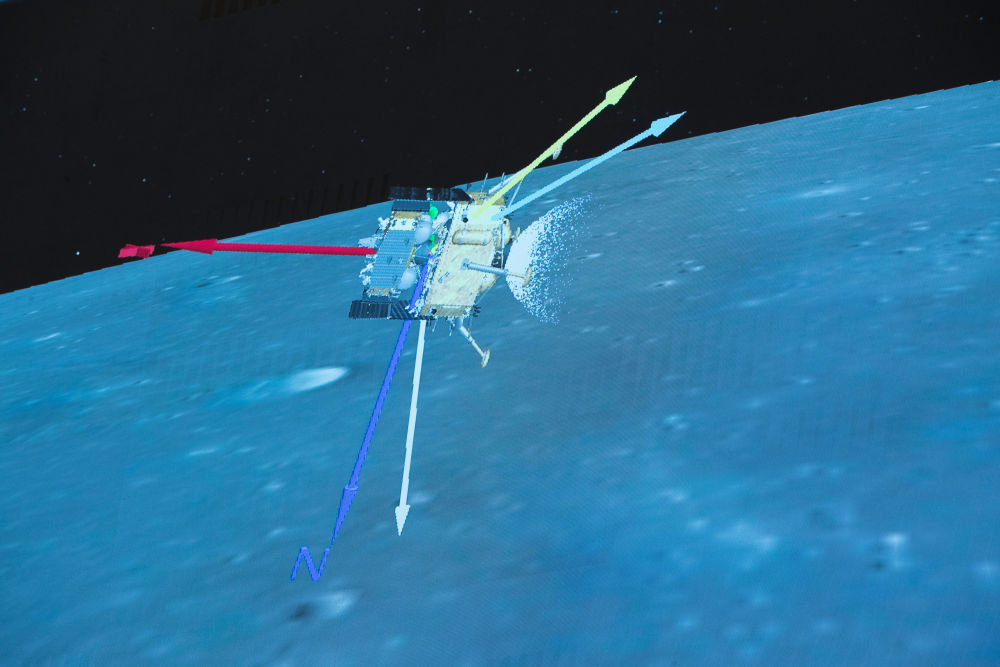 Once the samples are secured, the ascender will take off from the lunar surface to transfer the moon samples to the re-entry capsule waiting in lunar orbit, which will then return to earth. According to the command team, the samples will be collected and returned to orbit within 48 hours. 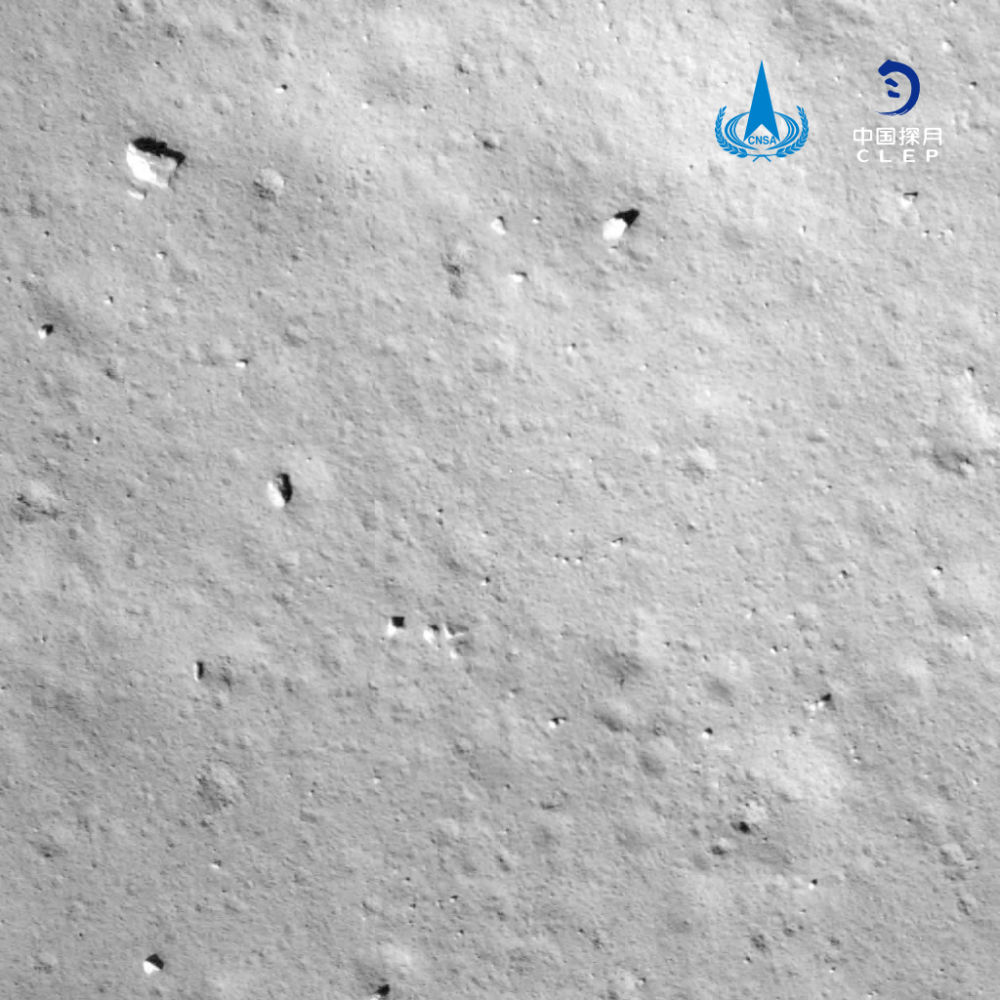 Chang'e-5 is one of the most complicated and challenging missions in China's aerospace history, as well as the world's first moon-sample mission in more than 40 years. The probe touched down in an area that has never been visited by probe or human before, with the landing site located in a massive lava plain known as Ocean of Storms , the largest lunar mare visible to the naked eye from Earth. 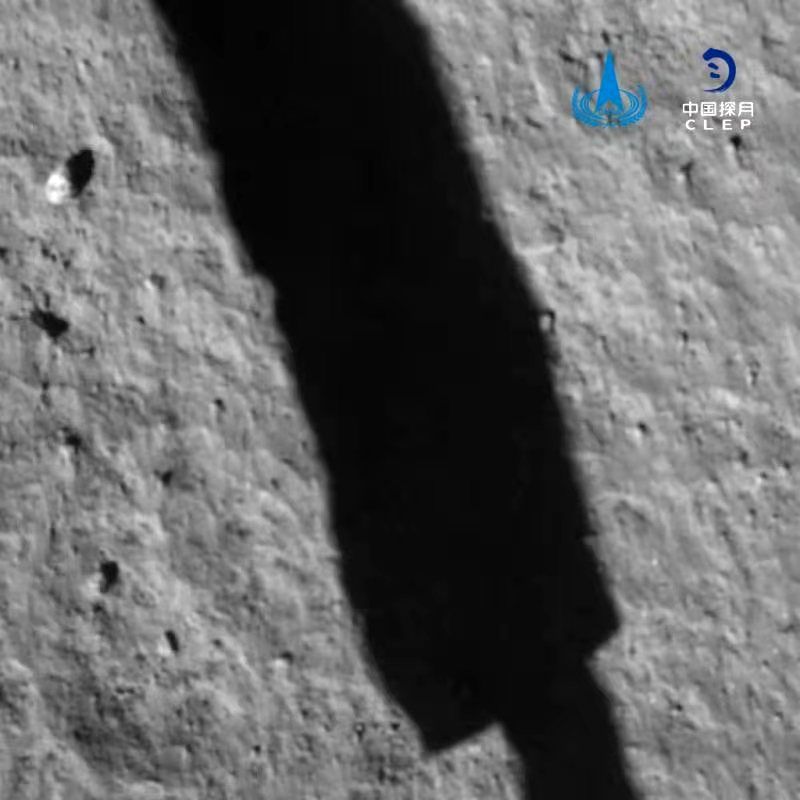 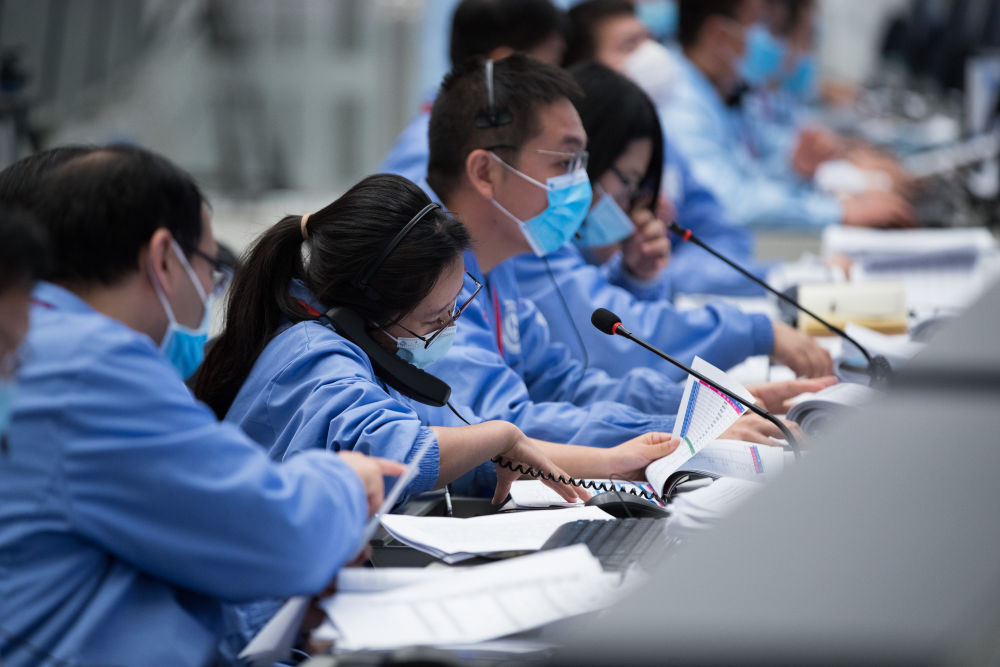 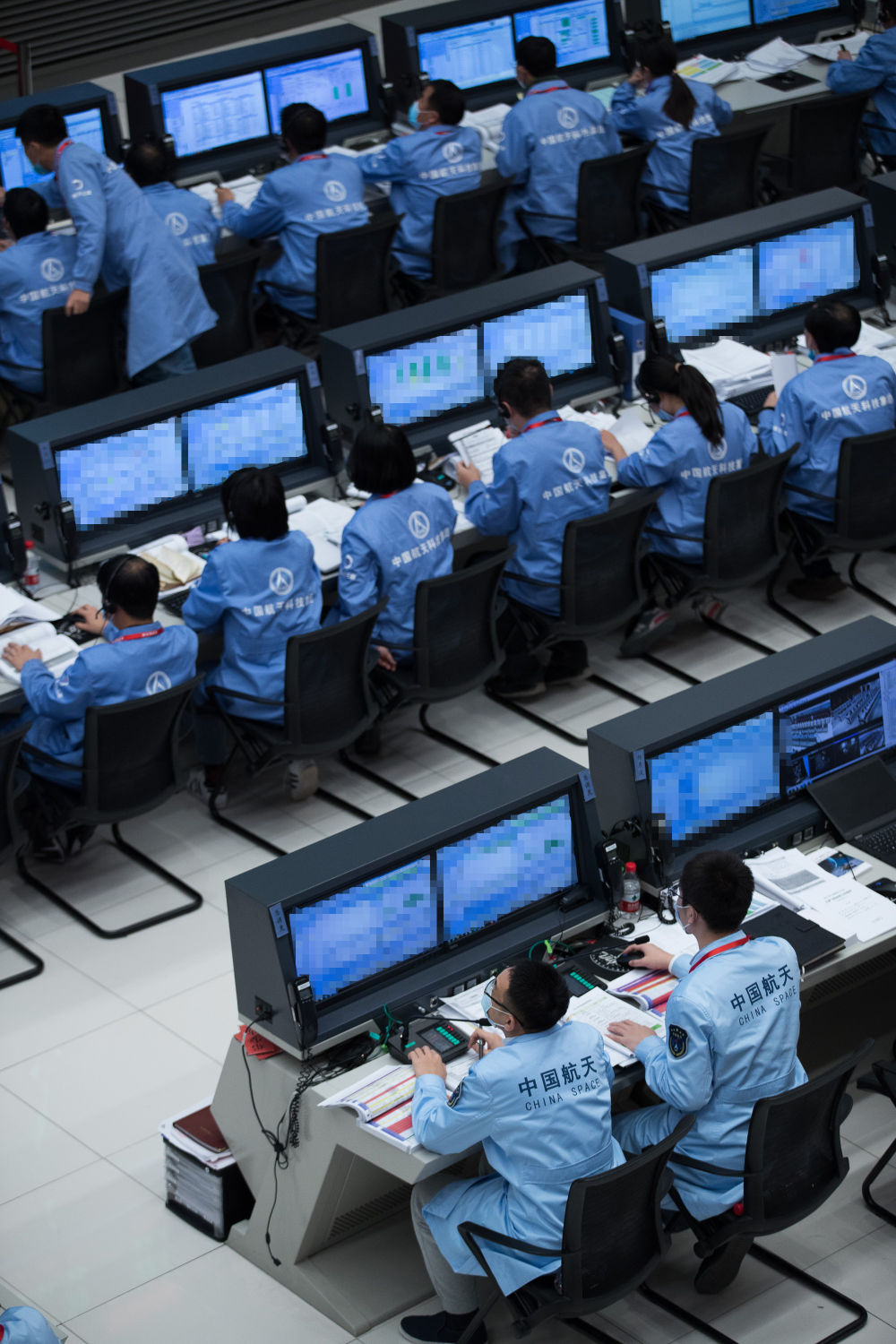