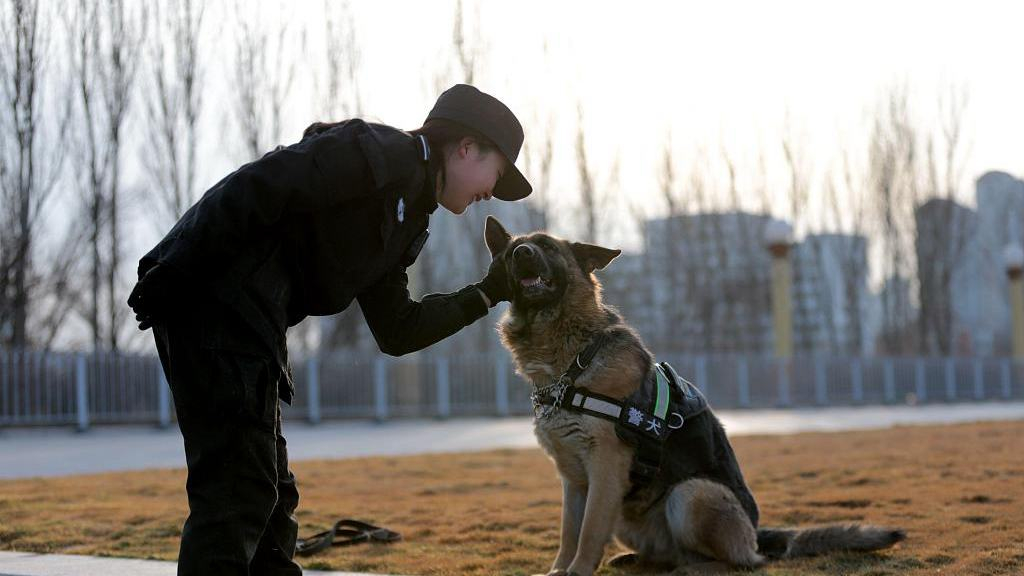 A police dog with the trainer. (Photo: VCG)

Kunxun is a clone of Huahuangma, a seven-year-old female police sniffer Kunming wolfdog which belongs to police in Pu'er, Yunnan Province.

Huahuangma was recognized as the Ministry of Public Security first-class meritorious dog in 2016, for her contributions in investigating murder cases.

Kunxun was born on December 19, 2018 at an experiment base of the Beijing-based Sinogene Biotechnology Company and Yunnan Agricultural University with the support of the Ministry of Public Security, the company said on WeChat. 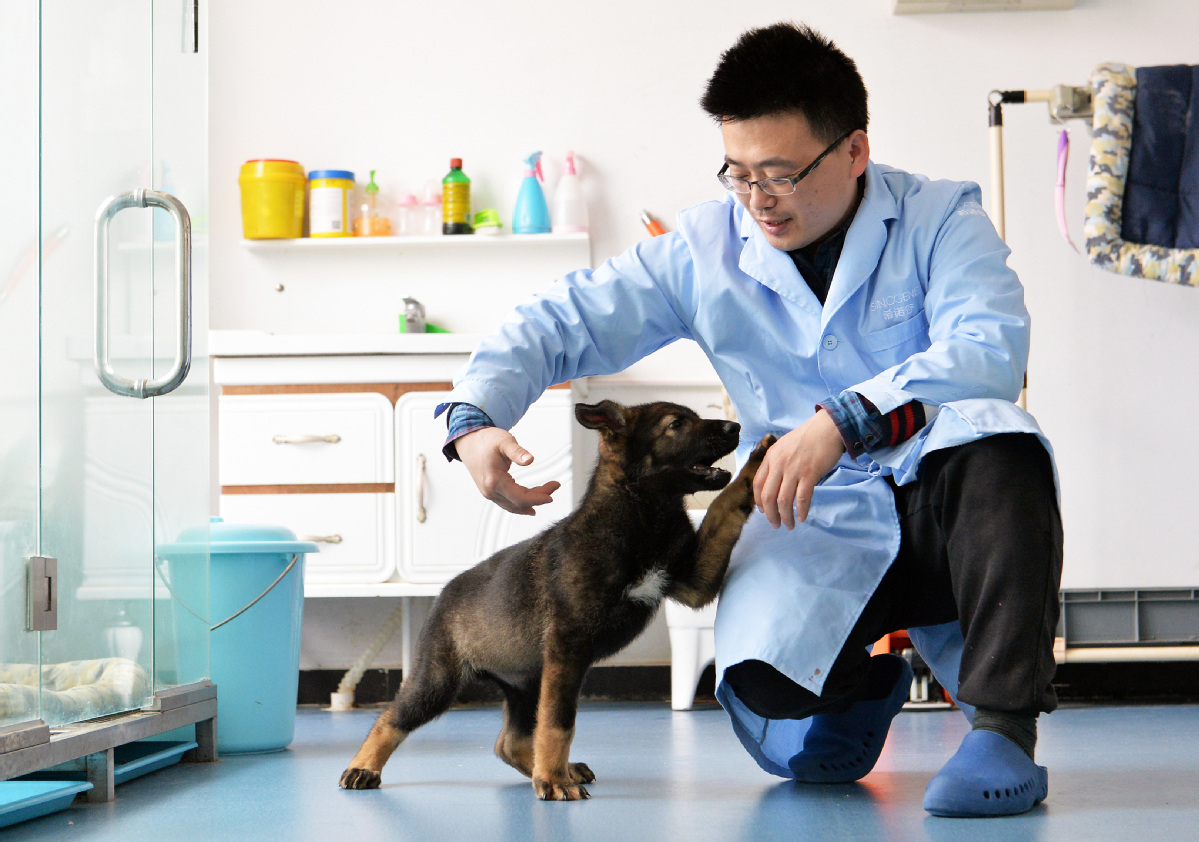 A study revealed that Kunxun's DNA is 99.9 percent similar to Huahuangma's.

The birth of Kunxun provides the possibility of extending animal clone technology to police dogs, and will significantly reduce the time to train one, Zhao Jianping, Sinogene deputy general manager, told the Global Times on Tuesday.

Using somatic cells can preserve the quality breed of the Kunming wolfdog, and make it possible for volume production of such dogs, Zhao said.

He also noted that the cost of cloning remains a bottleneck for mass production.

Wan Jiusheng, a lead researcher at the Kunming Dog Base of Public Security, told the Science and Technology Daily that Kunxun shows a better potential than the regularly bred Kuming wolfdogs in a series of tests.

Wan said Kunxun will be able to become a police dog when it is about 10 months old.

China's Ministry of Public Security officially recognized the Kunming wolfdog as a breed in 1988.

A police officer at the Shenyang Dog Base of Public Security who requested anonymity told the Global Times on Tuesday that preserving the police dog blood has always been a challenge for breeders, as traditional breeding methods would dilute the original, and the next generation's genes will be largely beyond control.

The successful police dog clone technology would address those problems and lower the elimination rate of police dogs at the puppy training stage, he said.

However, such technology does not mean that the mass production of police dogs has already arrived, as factors like the surroundings and trainers' skill also play as an important role, he noted.