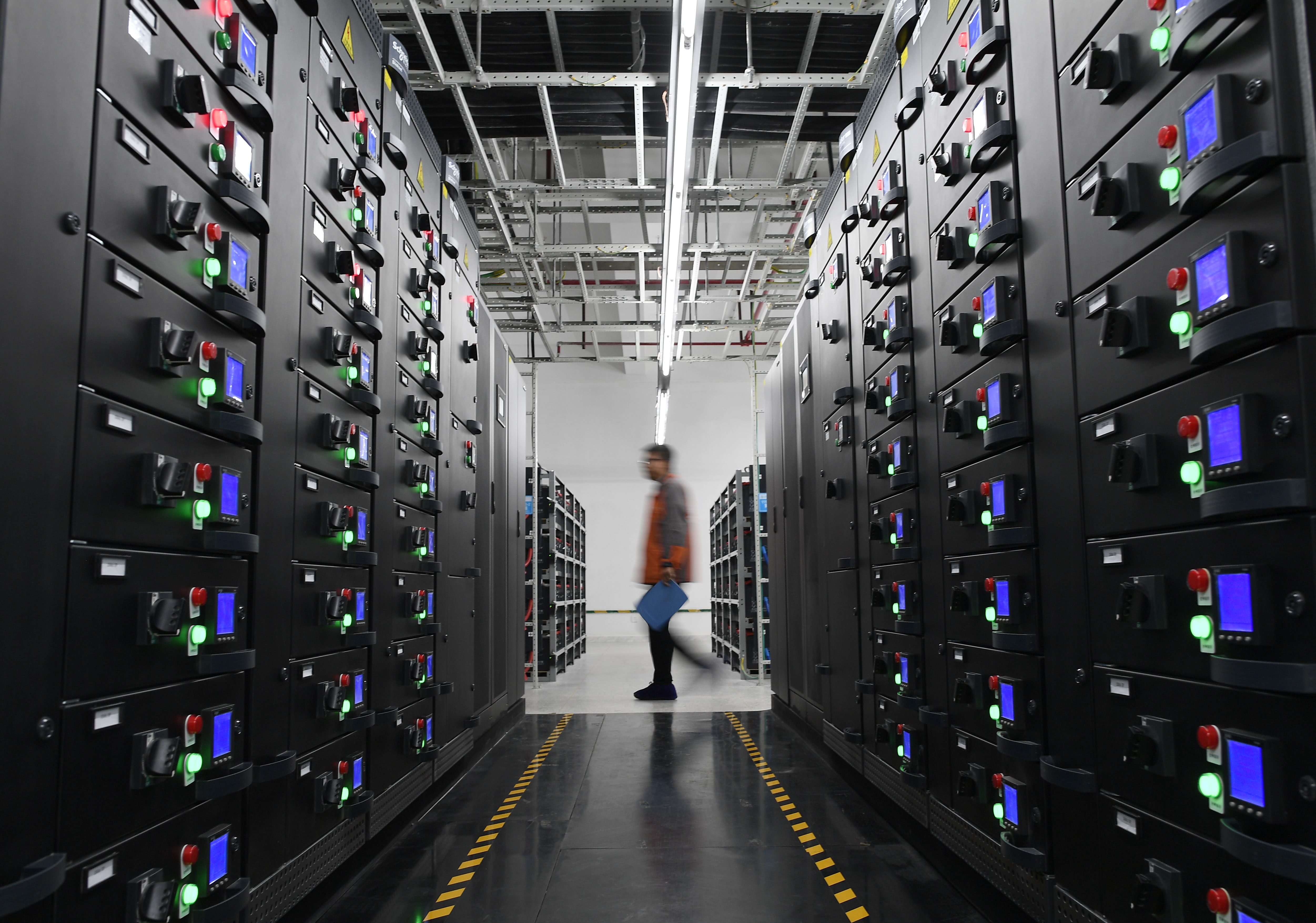 A worker maintains equipments at a cloud computing base under construction in Zhongwei City, northwest China's Ningxia Hui Autonomous Region, May 31, 2019. (Xinhua/Wang Peng)

"The Chinese cloud market is just at the initial stage of growth," Liu told Xinhua. "Cloud projects in such fields as internet, videos, smart cities and big data have kept expanding."

Competition is becoming more intense, with major cloud service providers investing aggressively in their market presence, according to the report.

Alibaba Cloud remained the dominant cloud service provider, as its sales accounted for 43 percent of the market in Q2 with a year-on-year growth of 47 percent, the report said.

Sales of Tencent Cloud grew by 88 percent in Q2, while those of Amazon Web Services and Baidu AI Cloud rose 48 percent and 92 percent, respectively, the report showed.