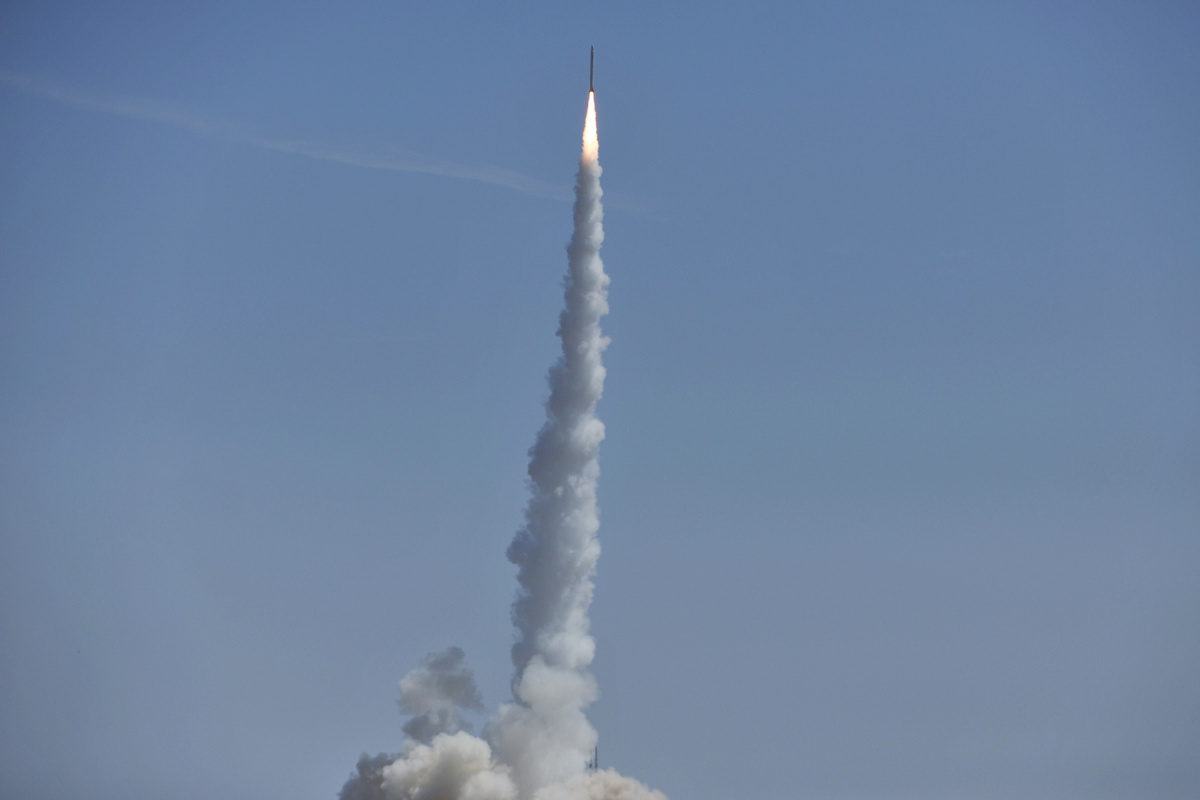 A four-stage solid-propellant rocket, the SD-3 will be the largest and have the highest carrying capacity among the Dragon series, according to the China Academy of Launch Vehicle Technology.

With a maximum diameter of 2.64 meters and a takeoff weight of 140 tonnes, the rocket is capable of sending a payload of 1.5 tonnes to the solar synchronous orbit at an altitude of 500 km.

To meet the large-scale commercial launch demands, the rocket's multi-satellite launch capability enables it to carry more than 20 satellites in a single mission, while the cost is just 10,000 U.S. dollars per kg, making it competitive in the market.

The rocket maker said the SD-3 was designed for both land and sea launches.

China's Dragon series rockets were launched in 2019 for commercial space launch market. The first-generation rocket SD-1 made its maiden flight in August 2019, and it is scheduled to conduct two to three launches this year.