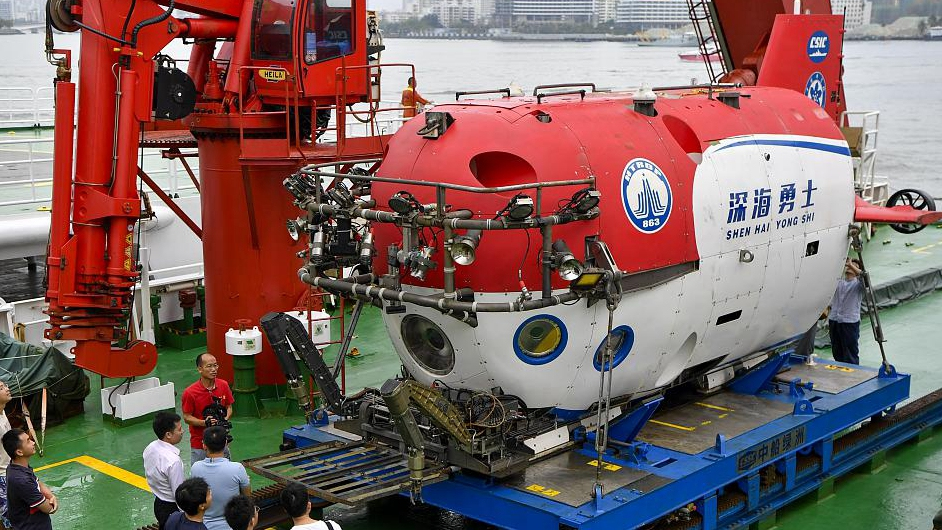 Loaded on the science ship "Tansuo-1", the submersible began its journey on November 10, 2018. With scientists from 10 Chinese and foreign research institutes on board the vessel, the submersible traveled 17,000 nautical miles during its voyage.

"The course of this voyage is about two-thirds of the way around the Earth," said Liu Zhu, captain of Tansuo-1.

According to Liu, the long distance was not the biggest challenge in the expedition.

"We had to fight with the severe southwest monsoon of the Indian Ocean," said Liu.

"The 121-day voyage gave us more confidence in operating the science ship, personnel management, and the submersible and deep sea scientific equipment developed by our country," Liu added.

The submersible made a total of 62 dives, with an average working time in water of nine hours and 15 minutes and an average underwater operation time of six hours and 13 minutes, which created a series of new records in China's manned deep-diving history.