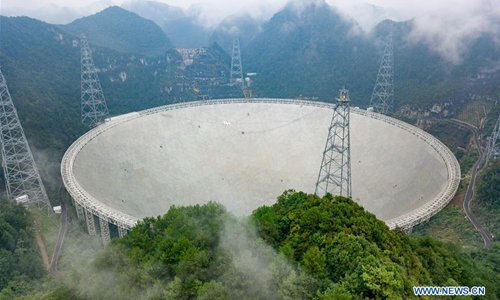 After it became fully operational in January, some analysts believed that FAST would become the major force in searching for and researching into extraterrestrial intelligence, especially with more and more discoveries of exoplanets and revolutionary progress made in instrumentation and observational capabilities.

Li Di, chief scientist of FAST and research fellow with the National Astronomical Observation of China, told Science and Technology Daily that it is the first SETI search report of FAST, which lays a solid foundation for launching further searches in the future.

The study was reportedly published in The Astrophysical Journal (Apj) and Research in Astronomy and Astrophysics (RAA).