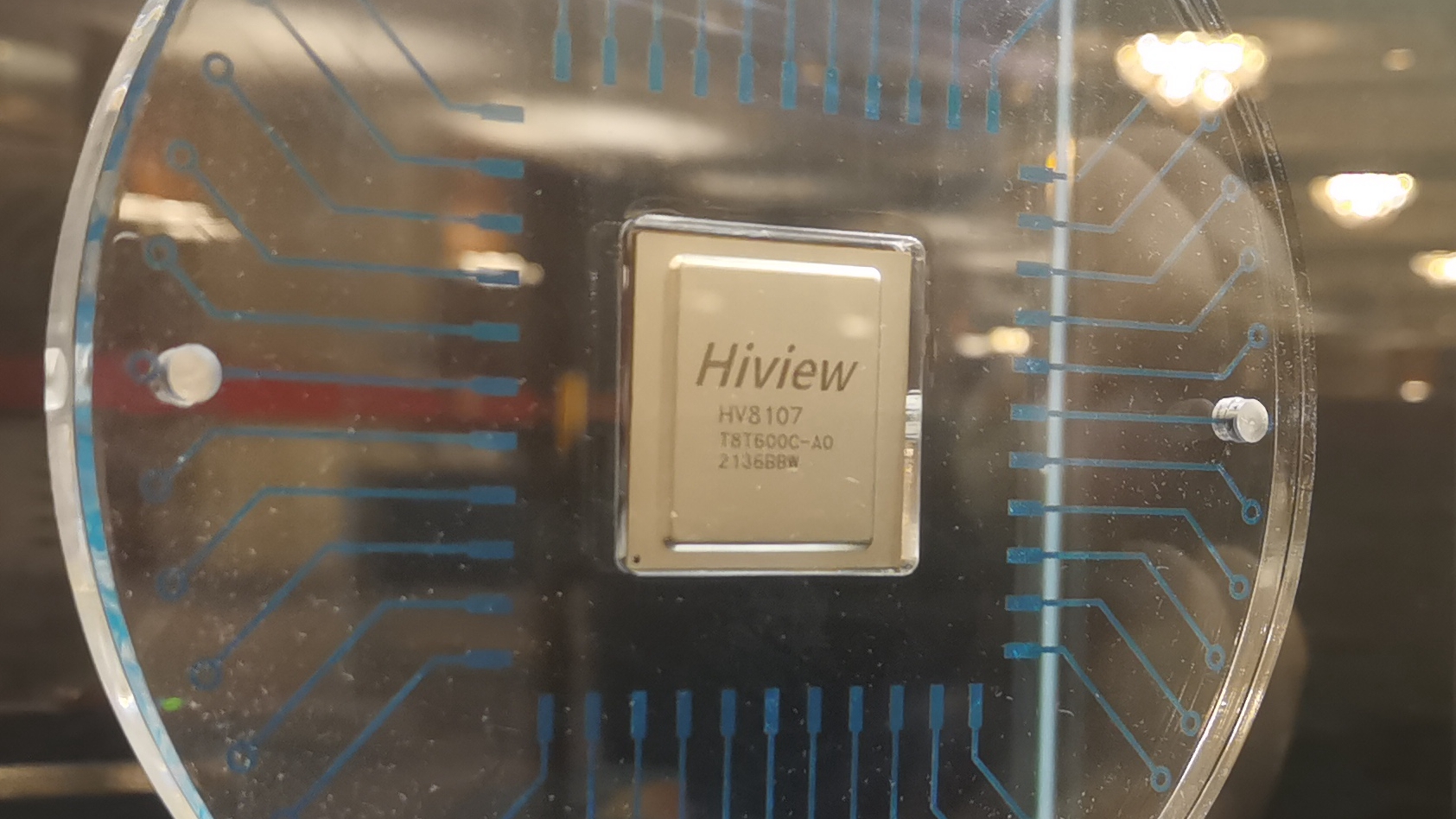 China's first AI image processing chip for 8K TV was released by Hisense on Tuesday in Beijing, which is seen by government officials as a milestone in the country's development of key TV technologies.

In addition to its 8K processing power, the chip can also upscale 4K content to 8K at 120 hertz.

"The chip uses 22-nanometer process," Yu Heng, head of Hisense chip and display branches, told CGTN. "And it's the fifth-generation product designed by our own teams."

Often advertised as the key part that makes a TV stand out from others, the image-processing chip can be found in most high-end TVs.

The new Hi-View chip is comparable to products of other major TV-makers like Sony's Cognitive Processor XR, a company staff told CGTN.

An announcement from Hisense claimed that most TV-makers buy image processors from other suppliers so they look similar. But big brands like Sony and Hisense hire their own chip staff to do in-house design so their products are on another level.

The chip is already being mass produced and will be built into new Hisense and Toshiba TV models releasing in 2022.

In addition to TV sets, the chip can also be put into professional video monitors to ensure the output is loyal to the source. China Media Group, which is cooperating with Hisense to support the 8K broadcasting of the Beijing 2022 Winter Olympics, promised to develop China's own broadcast level 8K monitors based on Hisense technology.