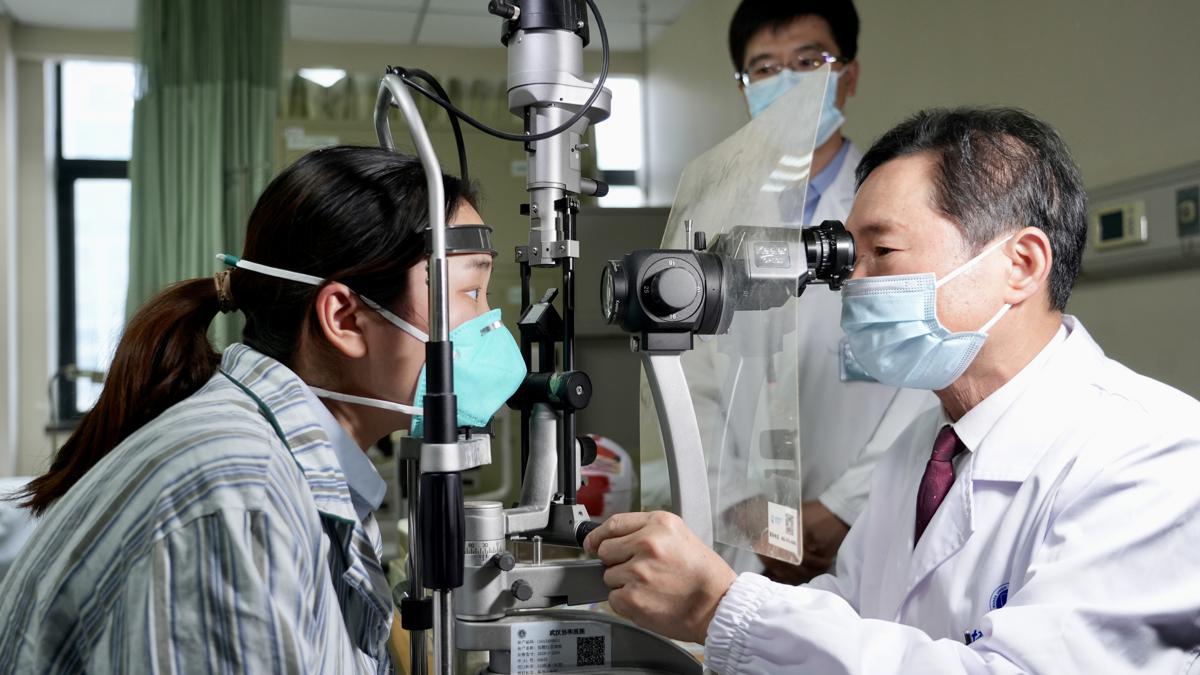 The 25-year-old female patient, whose right eye had been damaged eight years ago, recovered well after surgery on Jan 6 performed by a medical team led by ophthalmologist Zhang Mingchang.

"After the transplant stabilizes, her vision is expected to improve with a pair of glasses or special contact lenses," said Xie Huatao, a member of the team. "We will continue to observe the long-term results."

The woman was discharged on Thursday, the hospital said.

"For years, I have sought medical treatments at hospitals in different cities, but the condition got worse and seriously affected my daily work and life," she said. "I have to use a computer frequently during my work, but I was nearly blind in my right eye and I could only use my left."

On Jan 4, she went to the hospital and was told that her vision could only be restored with a corneal transplant. But finding a suitable donor would take a long time, so she decided to participate in a clinical trial involving artificial corneas.