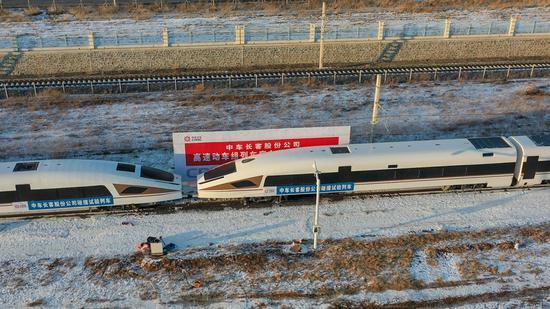 The company, on Thursday, said that in the passive safety crash test, two eight-car trains, each weighing 462 tonnes, collided. One running train hit the other stationary train at a speed of 36 km per hour.

The company said the test could provide data, such as energy absorption in an unexpected collision, to study how to reduce damages and protect passengers' safety.

Li Benhuai, a senior train-design expert at the company, said that the company plans to deepen the crashworthiness research. It would also explore the frontier fields of safety technology for high-speed trains.