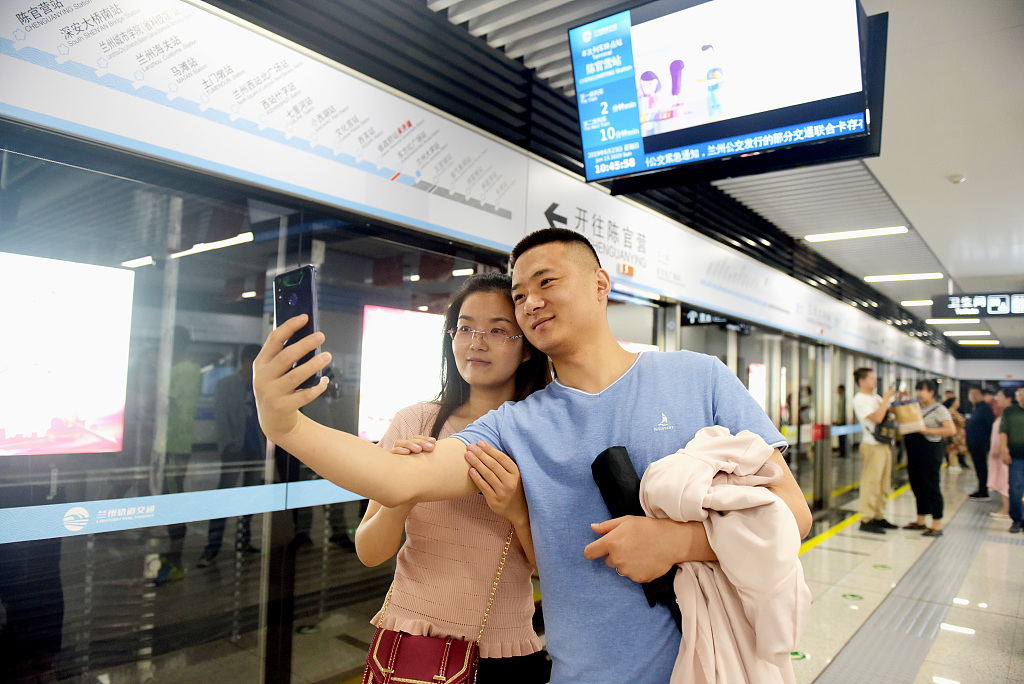 A couple takes a selfie at a railway station on the newly-opened Metro Line 1 in Lanzhou, Northwest China's Gansu Province, June 23, 2019. The subway line is country's first one running under the Yellow River, China's second longest river. (Photo: VCG)

The city is located on the upper reaches of China's "mother river," which runs 5,464 km from west to east before entering the Pacific.

The fast urban transit has been a dream for 3 million residents in the city, where the river runs through the middle, creating a heavy traffic pressure on the road bridge. Construction of the metro line started in 2014.

The 25.9-km long section in service on Sunday is the first phase of Lanzhou Metro Line 1, passing through four urban districts of Lanzhou from east to west.

The first metro line in Lanzhou is also the first rail transit line crossing the Yellow River in China. The tunnel passes through a pebble layer with a depth of 200 to 300 meters, which is highly permeable and unstable.

"The metro construction has accumulated experiences for other cross-river urban rail and tunnel construction in similar geological and stratigraphic conditions," said Duan Tingzhi, chairman of the Lanzhou Rail Transit.

Huang Jianwei, deputy secretary-general of the China Urban Rail Transit Association, said that by the end of 2018, a total of 35 cities in China had opened 185 urban rail transit lines with an operation mileage of 5,761 km.