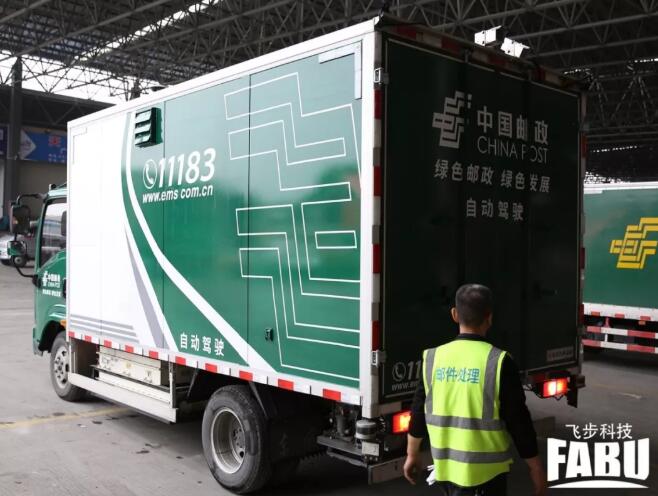 A EMS driverless truck is ready to hit the road in Zhejiang. (Photo: courtesy of FABU Technology)

Under the joint cooperation project by the China Postal Express & Logistics’ EMS, FABU Technology, and Deppon Express, several Level-4 (L4) unmanned driving routes have been established and have entered a new stage of regular operation after three months of trials.

The routes vary in distances and road conditions. For example, one route taken by EMS is 23.6 km in total, with more than 50 complicated road sections. The route includes grocery markets, commercial centers, railway stations, residential quarters, and plazas, and has over 50 crossings and 26 traffic lights.

In order to ensure that the unmanned truck arrive safely and smoothly, engineers must not only overcome the technical challenges associated with complicated road conditions, but also deal with extreme weather conditions, such as heavy rain, snow, or fog, He Xiaofei, CEO of FABU Technology noted.

He said the company aims to launch 100 commercial unmanned logistic routes in the future.