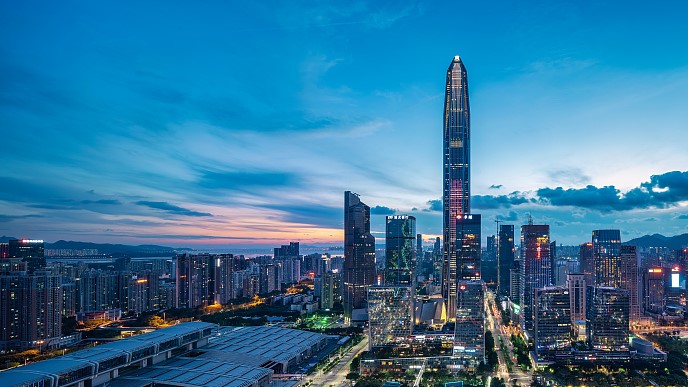 DUBLIN, Nov. 24 (Xinhua) -- An investment promotion conference was held here on Wednesday with an aim to enhance economic cooperation and bilateral investment between Ireland and Shenzhen, a southern Chinese coastal city and a high-tech hub.

Noting that there were nearly 30 Irish companies in Shenzhen by the end of last year, Chinese representatives of the Shenzhen delegation said that Ireland's advantages in bio-pharmacy, financial services and science and technology are highly compatible with Shenzhen's industrial development strategy of vigorously developing advanced manufacturing and promoting the integration of advanced manufacturing and modern service industries.

Currently, there are more than 40 Chinese companies in Ireland with over 3,000 employees, and they have contributed to Ireland's economic and social development, Paraic Hayes, director of Asia Pacific at IDA Ireland, a government agency responsible for attracting foreign direct investment into the country, told Xinhua.

Ireland looks forward to more investment from China, especially from Shenzhen, he said.

At a panel discussion, Irish business representatives shared their experience and advice on investment in Shenzhen, and spoke highly of Shenzhen's business environment, especially its innovation capacity.

Wednesday's conference is part of investment promotion activities annually organized by the Shenzhen government around the globe.