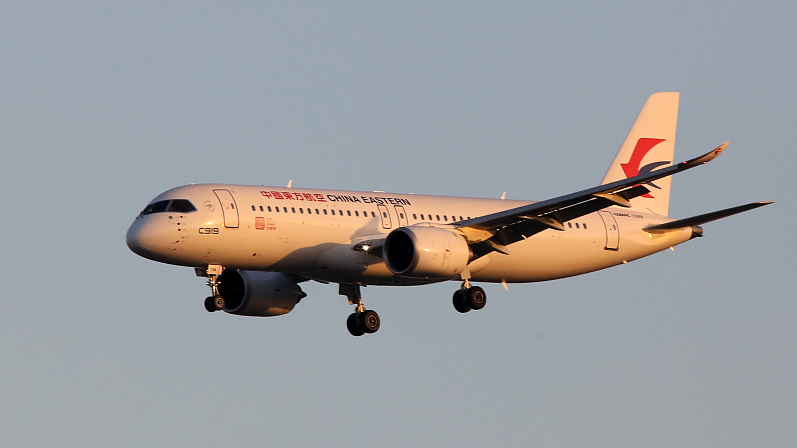 The C919, China's first homegrown large jetliner, had gained 1,035 orders from 32 customers by the end of 2022, according to the Science and Technology Commission of Shanghai.

The first C919 aircraft was delivered to China Eastern Airlines in December 2022. The company is expected to put the aircraft into commercial operation by the spring of 2023.

The report also shows that by the end of 2022, the ARJ21, China's homegrown regional jetliner, had received 690 orders from 25 customers.

As a pioneer of China-developed commercial airplanes, ARJ21 was put into commercial service by Chengdu Airlines in June 2016. As of the end of 2022, ARJ21 jetliners have safely carried around 6 million passengers, according to the report.