TECH China’s Huawei unveils updated HarmonyOS, to be used in mobile phones in 2021

China’s Huawei unveils updated HarmonyOS, to be used in mobile phones in 2021

By Chen Qingqing and Fan Lingzhi in Dongguan | Global Times 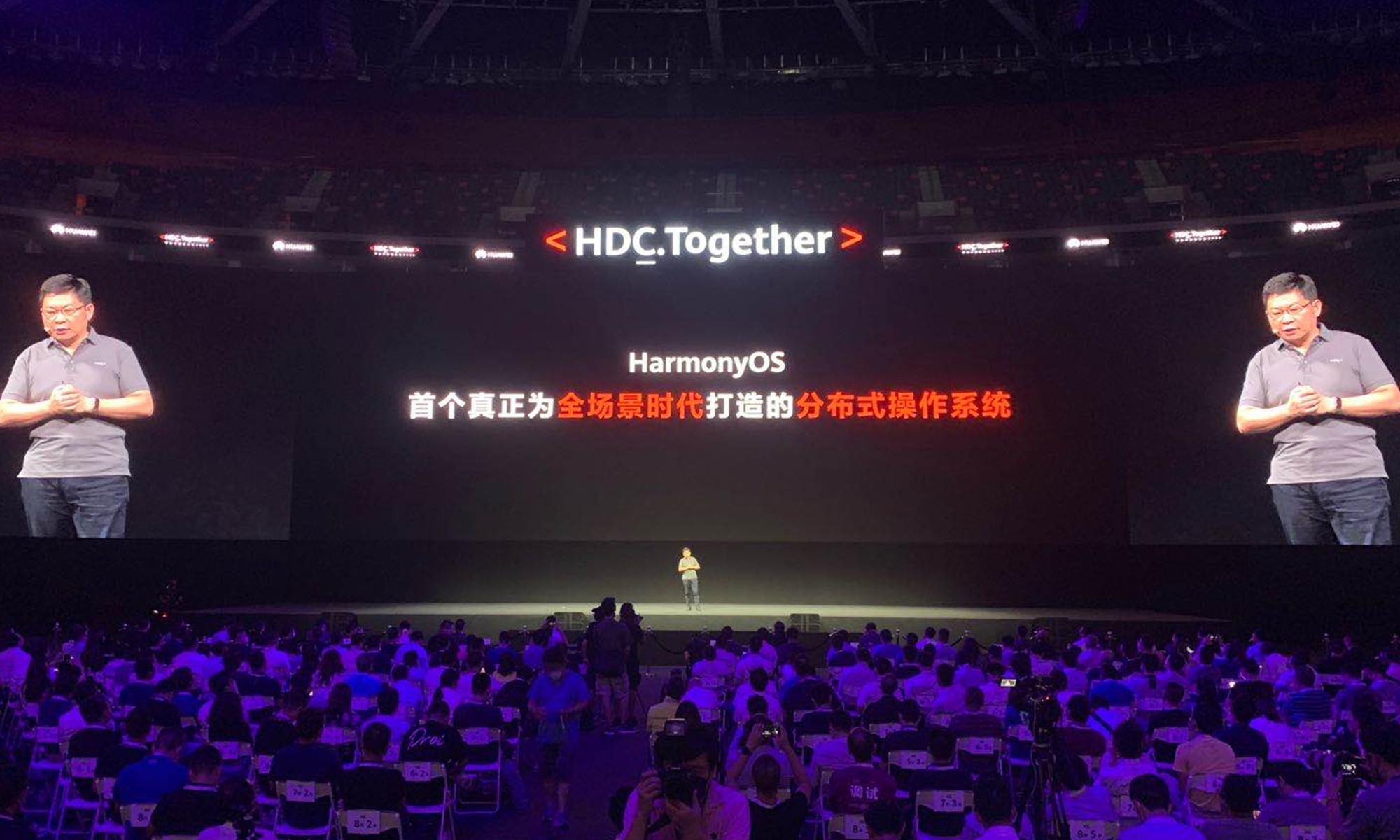 Less than a week before the US latest chipset ban on Huawei takes effect, the Chinese high tech company unveiled its latest version of its self-developed HarmonyOS operating system, which is widely seen as an alternative for Google's Android, and a hedge against further US moves against the Chinese tech giant.

Richard Yu Chengdong, CEO of Huawei's consumer business, unveiled at HDC2020 in Dongguan, South China's Guangdong Province, on Thursday the latest development in HarmonyOS, EMUI 11 and its own ecosystem Huawei Mobile Services (HMS) Core 5.0, which will enable its products to seamlessly connect to others.

Huawei released testing version of its updated self-developed operating system HarmonyOS 2.0 to developers, and it is scheduled to release a version for mobile phone in December, Yu noted. "HarmonyOS will be used in smartphones in next year," he said.

The development is considered the Chinese tech giant's direct response to the expanded ban from the Trump administration as the tech cold war between the US and China heats up and poses a severe threat to the global supply chain, particularly as September 15, the deadline for cutting off the supply of chipsets to Huawei looms.

The three-day HDC2020 invited developers across the world to tap into various topics including the application development based on Huawei's HarmonyOS - widely seen as an "Android killer" - and development of smart devices based on the operating system, in addition to topics such as the security and privacy of HarmonyOS and HMS and their ability to be used in foreign markets.

"Huawei is also committed to helping Chinese companies and developers to venture abroad," like TikTok, Huawei's Yu said. Such ambition is a direct response to US nonstop crackdown on the whole high tech industry in China.

Despite the US ban, Huawei recorded 105 million smartphone unit shipments in the first half of 2020, with a total revenue of 255.8 billion yuan ($37.4 billion), according to the senior executive. Also, since the US imposed the ban in May 2019, Huawei has been actively developing both an application and hard device ecosystem. It currently has 1.8 million developers and 490 million active users on its ecosystem, making it the third largest ecosystem, following Apples's iOS and Google's Android.

The US Department of Commerce issued in mid-August a new rule that would prevent Huawei from acquiring chips developed or produced with US technology and software, in a move that analysts say essentially cuts off supplies of key components for smartphones to Huawei.

The new rule was an extension of an earlier ban imposed in May that barred companies from using US technology and software to make chips designed by Huawei. 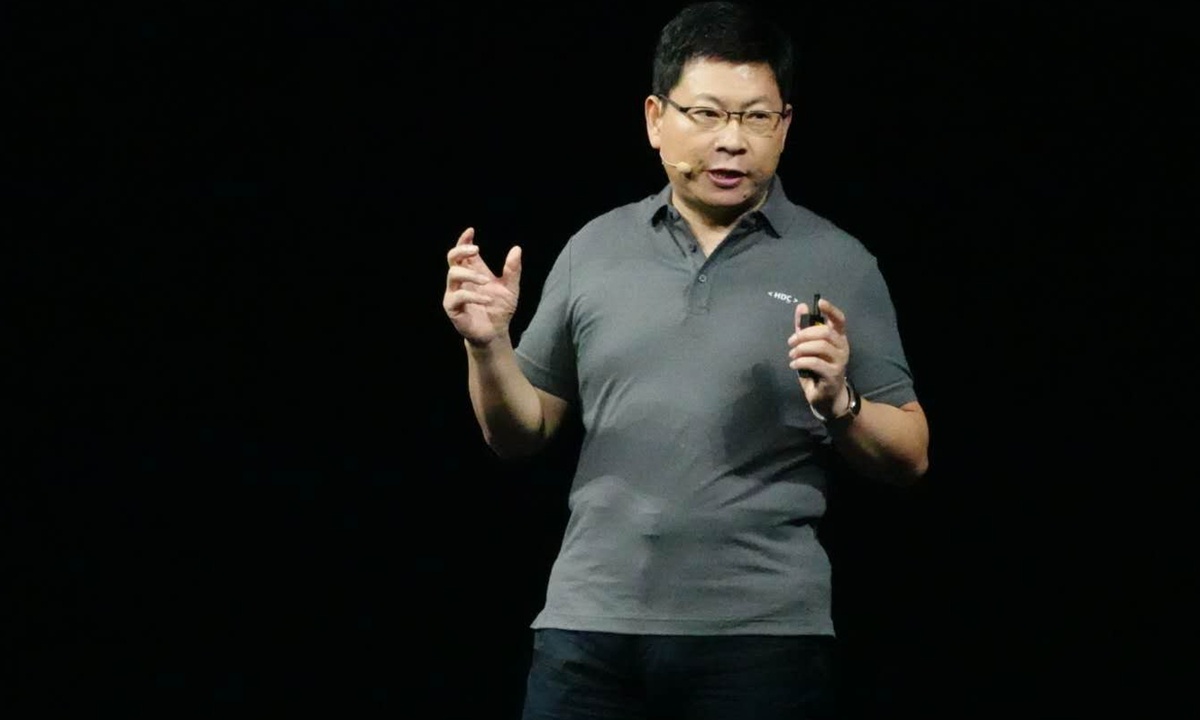 Some industry analysts call it "the final card" that has sparked a widespread backlash among businesses globally, as such reckless deeds by the US government could cause deep disruptions and losses for global industries and commerce.

Amid the US moves, which could cut Huawei from accessing Google's Android updates and security patches, Huawei launched its self-developed HarmonyOS last year.

In the face of the US government's escalating crackdown, the only thing Huawei can do now is to confront this crucial reality and take in these unfair sanctions, while launching its self-developed core technologies will help accelerate the restructuring of the new supply chain in high tech, Fang Xingdong, founder of Beijing-based technology think tank ChinaLabs, told the Global Times on Thursday.

"We need to take a long-term perspective of this battle, five to 10 years. The coming years will surely be hard for Huawei, but by stepping up its efforts, the company, along with China's high-tech sector, will grow stronger," Fang said.

For Huawei "to survive, it's possible to have two systems in a world," Guo Ping, Huawei's rotating chairman recently said during a meeting with the company's employees.