Doing business online is so common in China that anyone you meet on the street may own an e-commerce store.

All you need to do is open a free account on Alibaba"s Taobao and start selling your products. 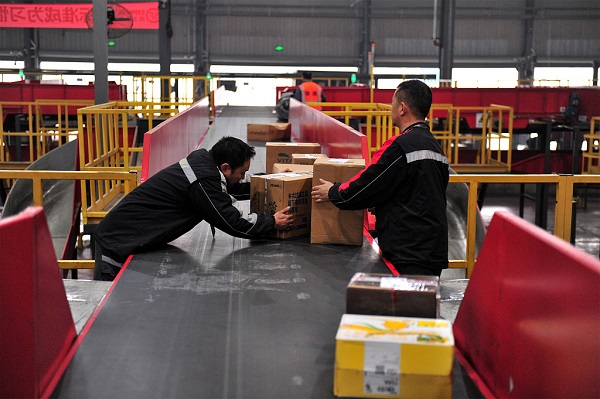 The widely-used smartphone messenger WeChat can also be used to sell goods since it has an integrated e-payment system.

There are nearly 10 million online stores on Taobao alone, selling all kinds of items ranging from a pair of socks to unfinished skyscrapers.

While on WeChat, which has a billion daily users, almost everyone has a friend trying to sell imported products, of which cosmetics are the most popular.

The e-commerce craze has been on for a decade and the services around the business have revolutionized with time.

Now, shipping companies like SF Express can transport a laptop from Changsha, the capital of central China"s Hunan Province, to 2,600-kilometer-away Harbin, northeast China"s Heilongjiang Province, in just 24 hours, something considered unimaginable in many parts of the world.

In China, a total of 50.5 billion express packages were delivered in 2018 alone.

The national trend of e-commerce helped many Chinese people to start their own businesses.

China is big and complicated. While there are so many rich people flying around the world, more ordinary people are trying hard to earn their own fortune.

The underdeveloped rural areas crave for a chance to catch up with urbanized cities and many see the Internet as an opportunity to connect with the richer communities.

Read more about how e-commerce can be a big opportunity for rural China.