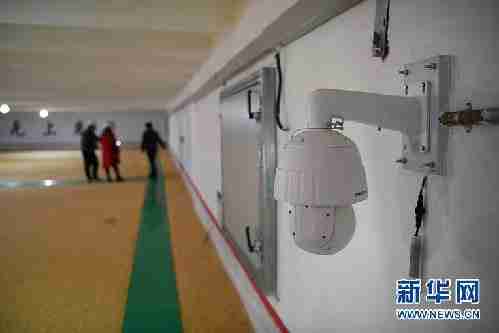 The CGRG built a modern grain depot containing over 6,000 grain sensors and monitors in Huadu district of Guangzhou, capital of south China’s Guangdong province, which is one of its IoT-based granaries.

Covering an area of about 12 hectares, the Central Grain Reserves Guangzhou Directly Managed Storehouse, one of China’s central grain reserves, can store more than 100,000 tons of grain, which is sufficient for 1 million people to eat in half a year.

“We have 20 1,500-square-meter warehouses, so it previously took time and effort to walk around them, let alone to check the grain situation,” said Li Xiaodong, general manager of the storehouse, adding that the IoT enables quick and efficient scrutiny only in front of computers.

Li noted that about 300 temperature measurement points and two humidity sensors for the grain piles can send real-time data to the CGRG headquarters and its branches, so that potential problems, if any, can be handled immediately.

With 4.3 million sensors and 81,158 monitors deployed in over 980 grain depots, the IoT-based granary management can also provide intelligent ventilation solutions by calculating ventilation methods and timing, and by remotely controlling ventilators.

Technology advances in grain storage have significantly reduced the rate of abnormal situations, such as overheating and mildew of grains, Tao added.