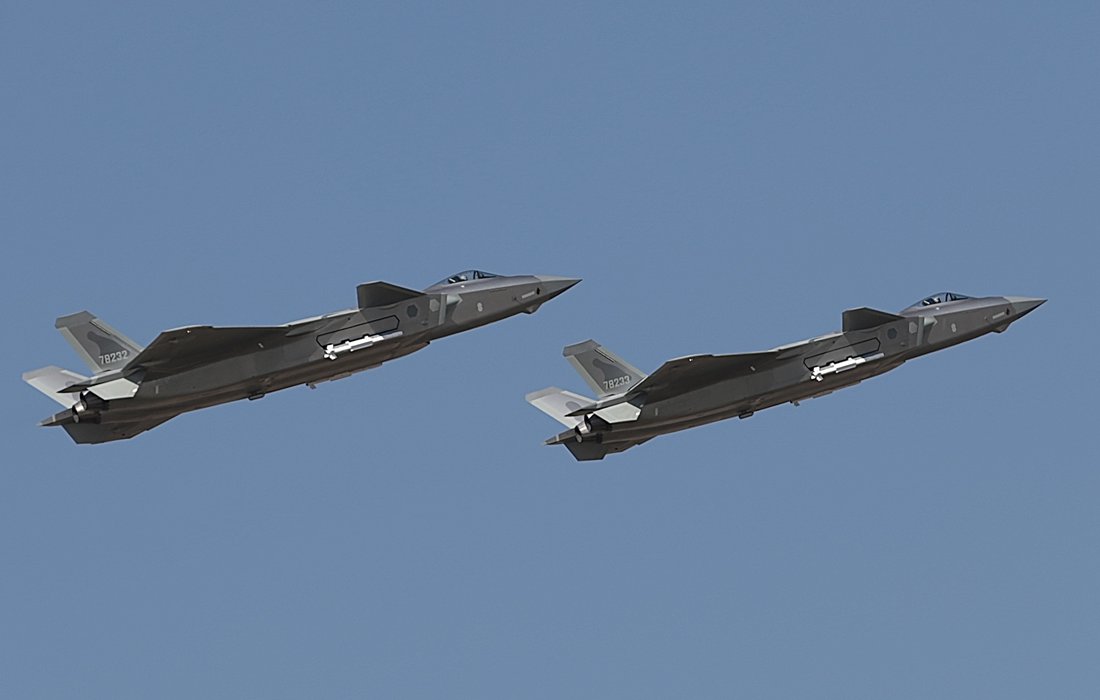 China's J-20 fighter jet has been spotted equipped with pylon adapters under its wings, indicating the stealth aircraft may also be able to enter a "beast mode" like the US' F-35 fighter jet if needed by giving up some stealth capability in exchange for larger weapons loads, reports said.

A J-20 prototype taking a test flight had two external pylon adapters, one under each side of its wings, and could carry a total of four extra missiles, Shanghai-based news website eastday.com reported on Monday, citing a recent photo widely circulated on Chinese social media.

Judging by a performance flight at Airshow China 2018, a single J-20 can carry at least four PL-15 missiles in its main weapon bay and two PL-10 short-range combat missiles in its side weapon bays, when not using external adapters.

Usually, stealth aircraft hide their weapons in bays to keep a low radar profile, making them difficult to be detected, and using external pylons to carry weapons will make them less stealthy but more powerful, a Chinese military expert who asked for anonymity told the Global Times on Wednesday.

The warplanes can choose different types of loadouts according to different mission requirements, the expert said.

Stealth aircraft can use "stealth mode" to seize aerial superiority, and once the sky is clear and safe, they can ditch stealth and switch to "beast mode" by carrying more munitions via external adapters and launch extended attacks, the report said.