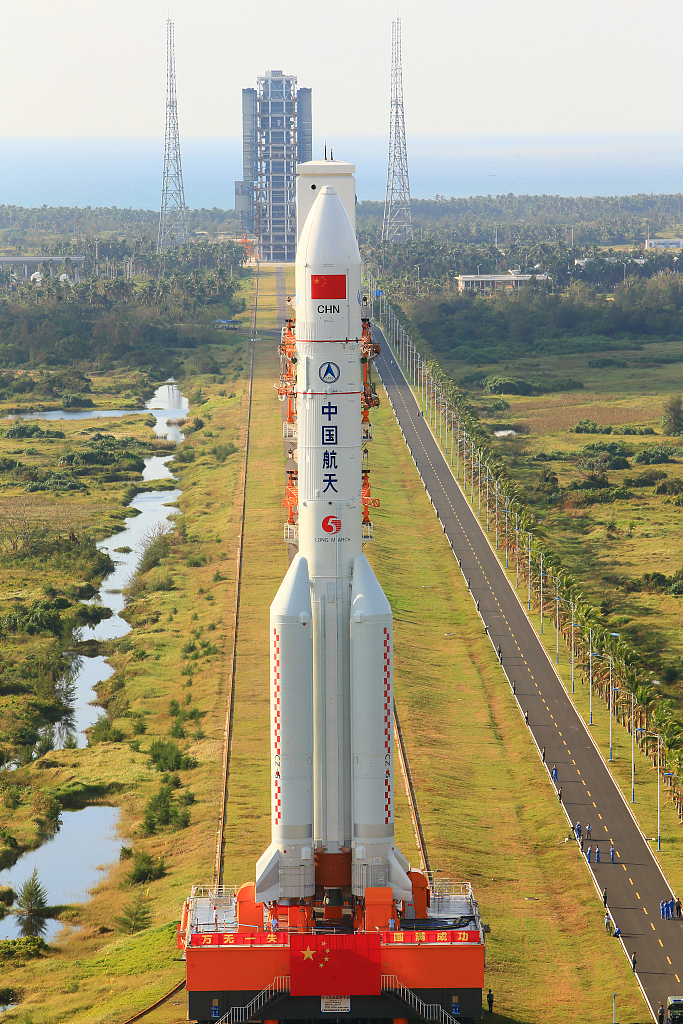 Yang said at a press conference of the CASC that the cause of the failure has been found.

Analysis based on computer simulations and ground tests showed that a problem occurred in a turbine exhaust device in the engine of the first stage of the rocket, the China National Space Administration said earlier last year.

The Long March-5 rocket will be the key for China's future space missions, said Shang Zhi, director of the Department of Space under CASC.

If the third flight is successful, the fourth Long March-5 carrier rocket will be tasked to send the Chang'e-5 lunar probe to the moon to bring lunar samples back to Earth at the end of 2019, according to Yang.

In addition, a test version of the Long March-5B carrier rocket, which will serve China's manned space exploration mission, is under development, and the research and development of the core module of the country's space station have carried on as planned, said Shang.

The Long March-5B rocket, with a low-Earth orbit with a carrying capacity greater than 22 tonnes, will be used to launch the core module and experiment modules of China's space station in the future.

Joint tests and exercises will be carried out in the Wenchang Space Launch Center at the end of 2019 to make preparations for the maiden flight of the Long March-5B, which will help lay the groundwork for the construction of the space station, Shang said.