China's Long March-8 Y1 rocket was on Wednesday transported to the launching area of the Wenchang Spacecraft Launch Site in south China's Hainan Province, preparing for its maiden launch in late December, according to the China National Space Administration (CNSA).

After the transportation, the rocket will be filled with propellant and is expected to be launched from the site.

With two stages and two boosters, the Long March-8 rocket is a new type of rocket that uses module design and can be prepared in a short time, making it competitive for commercial launch, reported Xinhua.

It has a payload capacity of five tons to sun-synchronous orbit and 2.8 tons to geostationary transfer orbit, according to the CNSA.

The Long March-8 rocket is estimated to conduct 10 to 20 launches annually after it hits the market, the administration said. 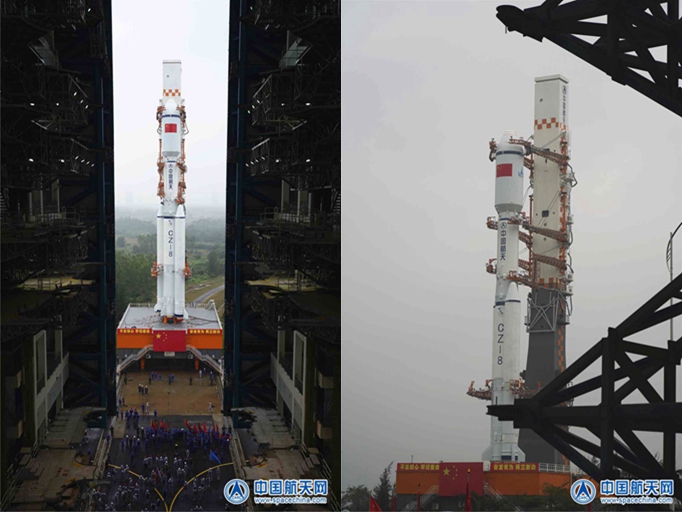 A planned future launch vehicle variant of the Long March-8 will feature combined booster recovery of the first stage and the boosters as a single unit.

The first stage and boosters of the Long March-8 rocket series are expected to be retrieved through vertical landing, said Long Lehao, chief designer of carrier rockets at the China Academy of Launch Vehicle Technology.

It was part of China's endeavors to develop reusable space vehicles, Long told a space conference held in Harbin, capital of northeast China's Heilongjiang Province in 2018.

If successful, the new rocket would provide commercial launch services to customers around the globe, Long said.