The probe of China's first Mars mission Tianwen-1 flew a total of 100 million kilometers by 10:08 a.m. on Friday, according to China National Space Administration (CNSA). 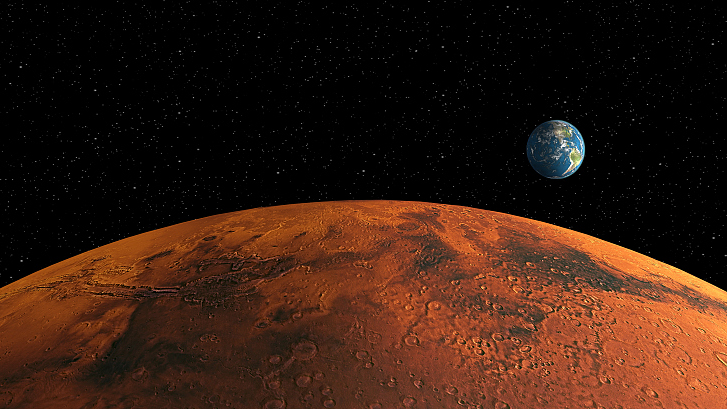 Launched on July 23, the probe was sent into the Earth-Mars transfer trajectory by the country's Long March-5 carrier rocket. It becomes an artificial planet to circle the Sun together with the Earth and the Moon, flying away from the Earth and approaching the red planet.

It is now 10.75 million kilometers away from the Earth after 36 days' travel.

During the flight, the probe has successfully captured a photo of the Earth and the Moon, and completed the first mid-course orbital correction.

It is expected to carry out deep-space maneuvers and multiple mid-course corrections later, and conduct orbiting, landing and roving missions after approaching the Mars orbit.

The Tianwen-1 is scheduled to make a second orbital correction in September to ensure that the probe is flying accurately in its preset orbit.