BEIJING, July 15 (Xinhua) -- China's Mars rover Zhurong has traveled 450 meters on the surface of the red planet, according to the Lunar Exploration and Space Program Center of the China National Space Administration on Thursday. 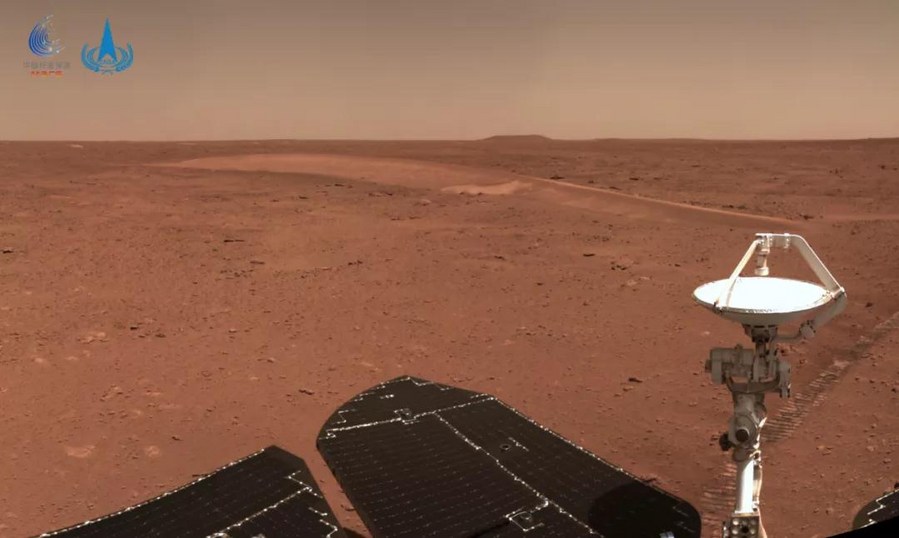 An image taken on July 4 shows the whole picture of a Martian sand dune which is about 40 meters long, eight meters wide and 0.6 meters high. (Photo: China National Space Administration)

Since the rover landed on the surface of Mars, it has been traveling southward to conduct exploration and inspection activities.

The navigation terrain camera on the rover has been taking pictures of the Martian landscape every day. Most recently, it took images showing the back cover and parachute of the lander at a distance of 30 meters.

As of Thursday, Zhurong has been operating on the surface of Mars for 60 Martian days. A Martian day is approximately 40 minutes longer than a day on Earth.

China's Tianwen-1 spacecraft, consisting of an orbiter, a lander and a rover, was launched on July 23, 2020. The lander carrying the rover touched down in the southern part of Utopia Planitia, a vast plain in the northern hemisphere of Mars, on May 15.

The orbiter of Tianwen-1 has operated in orbit for 357 days as of Thursday.