TOKYO, Oct. 8 (Xinhua) -- The Japan branch of DiDi Chuxing, a Chinese mobile transportation platform, has been operating well since its launch in Osaka a year ago, and the company is committed to solving Japan's taxi-hailing problems through its mobile App, DiDi Japan's Vice President Lin Li has said. 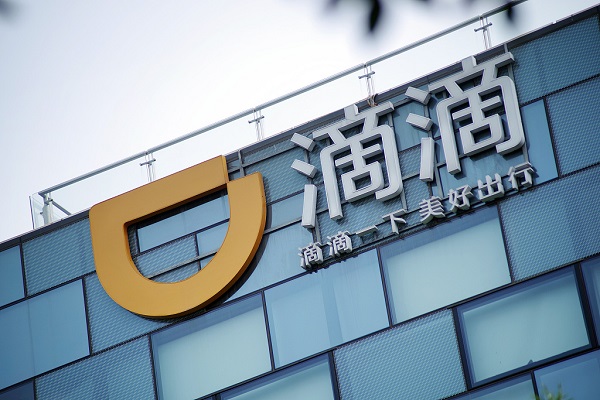 In February 2018, the company and SoftBank announced plans to set up a joint venture to enter the Japanese taxi market. DiDi Japan was formally established in June 2018 and officially opened in Osaka three months later.

"Currently, DiDi Japan has the largest market share in Osaka. Of all ride-hailing Apps, DiDi Japan also has the highest user satisfaction in Osaka," Lin said in a recent interview with Xinhua in Tokyo.

After opening in Osaka, the company gradually expanded into Kyoto, Tokyo, Hyogo, Hokkaido, Nagoya and other places, covering nearly 50 million users in Japan. As of September 2019, DiDi has established cooperation with more than 200 taxi companies in Japan.

In addition to introducing digital scheduling technology for taxi companies, DiDi Japan is also trying to understand and meet the habits and needs of Japanese users, and has accumulated cross-border cooperation resources, Lin said.

The company has also partnered with Google maps and Yahoo Japan to allow local users to hail a car directly from the Apps. "These are all customized products from DiDi Japan," Lin said.

The company serves both local users and Chinese tourists visiting Japan, Lin said. Chinese tourists can use the domestic version of DiDi's App to call a taxi in Japan, as it offers real-time translation between Chinese and Japanese, as well as Chinese customer service and payment functions of Alipay and WeChat.

Referring to his experience of doing business in Japan, Lin said that in the face of a different regulatory environment, demographic structure and industrial ecology, full understanding of local conditions and industry characteristics are the foundation.

"Trying to quickly operate in Japan with the mature experience and technology from China while really identifying the areas that need to be culturally differentiated requires an open mind for learning," Lin said.

The Japanese market is distinctly characterized by an aging population, not only in taxi practitioners but also in consumers, Lin said. "That's where DiDi's products and technology come into play."

In addition to Japan, the company also offers ride-hailing services in markets such as Australia and Latin America. DiDi is also cooperating with countries such as Brazil and Mexico to promote China's smart transportation technology to more markets.

Lin said that in the past few years, the wave of mobile Internet greatly boosted the development of China which has already led the world in some fields. As a Chinese technology company, DiDi has a strong sense of mission and is dedicated to bringing Chinese brands, technology and services to more places, he said.